MINNEAPOLIS – On Tuesday, February 25, the Green Party of Minnesota held its 2020 Presidential Caucus, which was the first of the Green Party Presidential caucuses in the country in this election cycle. Rank Choice Voting was the voting method, however, Dario Hunter won in the first round with 81% of the vote. Candidates were encouraged to send in a 2-minute video about their campaign platform Dario Hunter appeared in person and spoke about his vision for America.

Delegates will be chosen and awarded at the Green Party of Minnesota Summer meeting in June. Greens from across the Twin Cities participated in this festive event. The Resolutions that were adopted are as follows: The Minnesota Immigrant Rights Action Committee proposal to Make Minnesota a Sanctuary State. Minneapolis city council member Cam Gordon proposal on Rank Choice Voting Local options and Statewide Legislation. Community Activist Lee Parker proposed renaming a stretch of the I94 Freeway to the Rondo Corridor. Green Party member Henry Helgen from Minnesota Interfaith Power & Light proposed 100% Clean Energy in Minnesota by 2030.

We congratulate Mr. Hunter on his victory and are excited about all the candidates running as Greens in Minnesota during this 2020 election cycle. 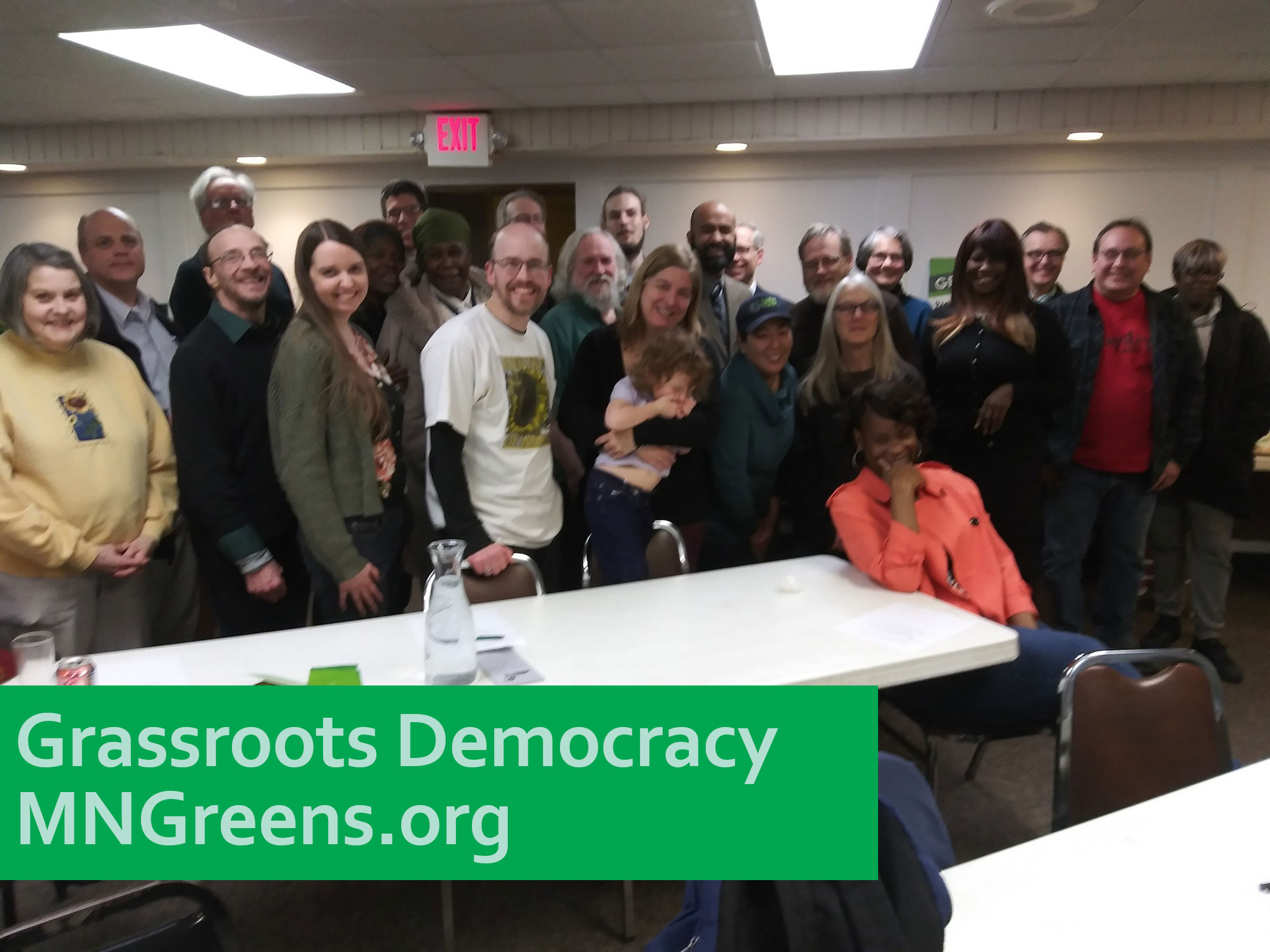