Welcome to the April 2016 issue of the Sunflower Seed! In this issue you will find out how to become a sustaining donor, read about Green successes in Minneapolis, hear about local and national Green activism, welcome a new Green elected official, and get updates on exciting upcoming events! Enjoy! 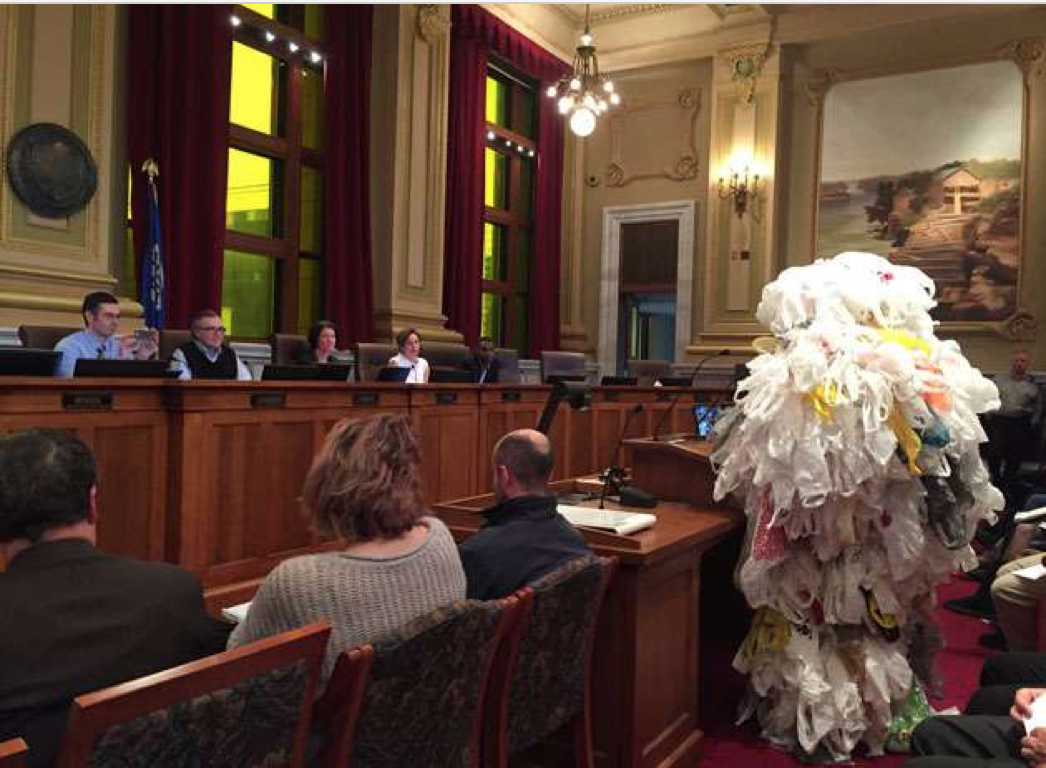 The plastic bag ban, which passed on a 10-3 vote, was drafted by Green Minneapolis City Councilmember Cam Gordon, who said he's looking to change consumers’ habits in order to get the city closer to its zero-waste goals. The aim of the plan is to encourage Minneapolitans to cut back on their use of plastic bags, reduce waste in landfills, and help Minneapolis get closer to being a “zero waste” city.

At the full council meeting, Gordon said no other issue has attracted so much outside lobbying and money.

Minneapolis now joins over 100 cities nationwide that already have restrictions on plastic bags. The ordinance will take effect on Jun 1st, 2017. Thank you Cam! 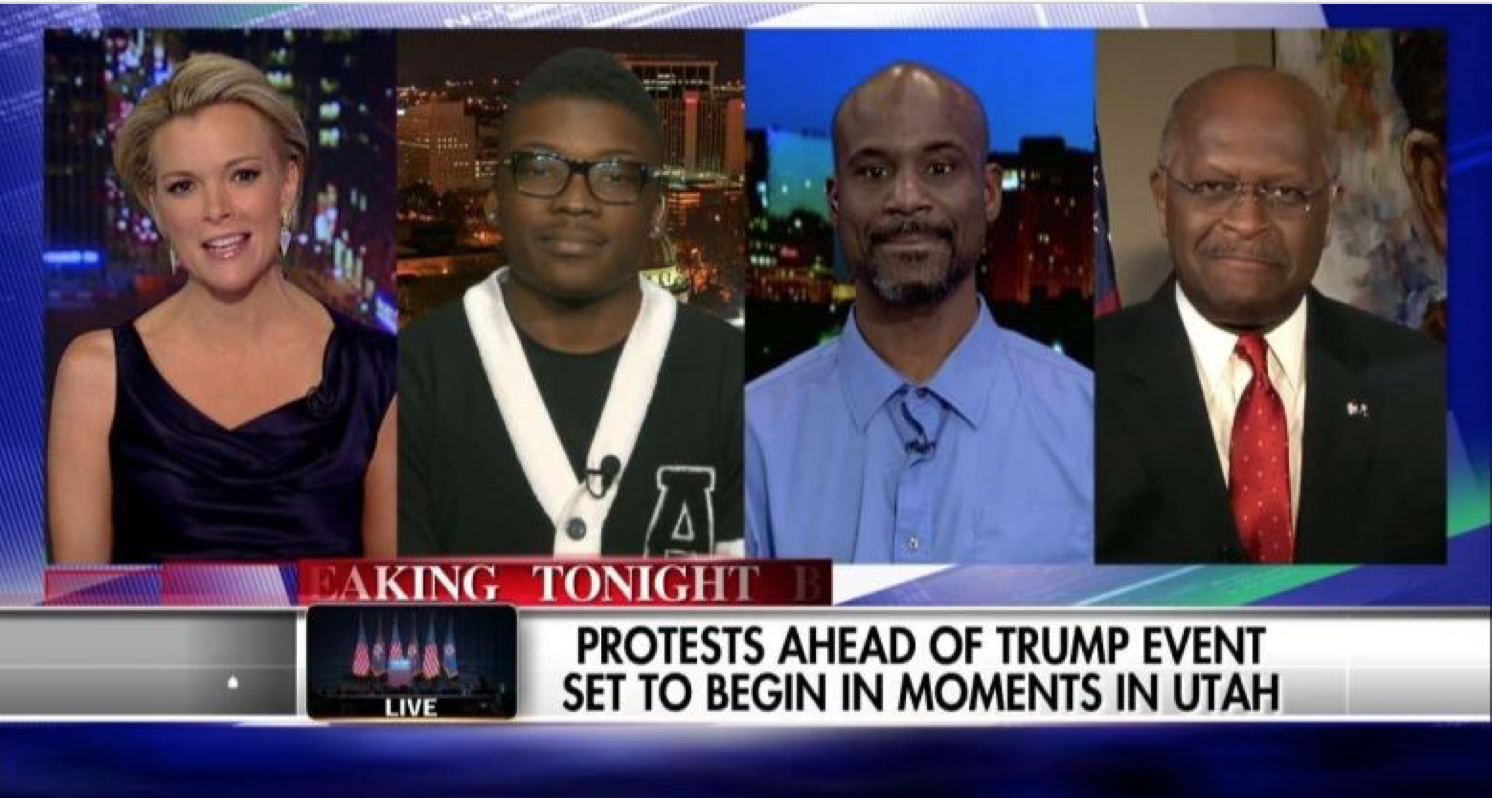 Trahern was alongside guest Ja’mal Green, who helped lead the protests that shut down a Trump rally in Chicago earlier in March, and Herman Cain, former Republican Presidential candidate.

The conversation was prompted from the recent protests and rallies surrounding the Trump campaign and ended with FOX News defending racially charged statements Donald Trump has made, including whether to let the Ku Klux Klan endorse him.

As Trahern put it, the Ku Klux Klan must see something in Trump in order to want to endorse him in the first place.

Greens March After Non-Indictment In Police Killing Of Jamar Clark 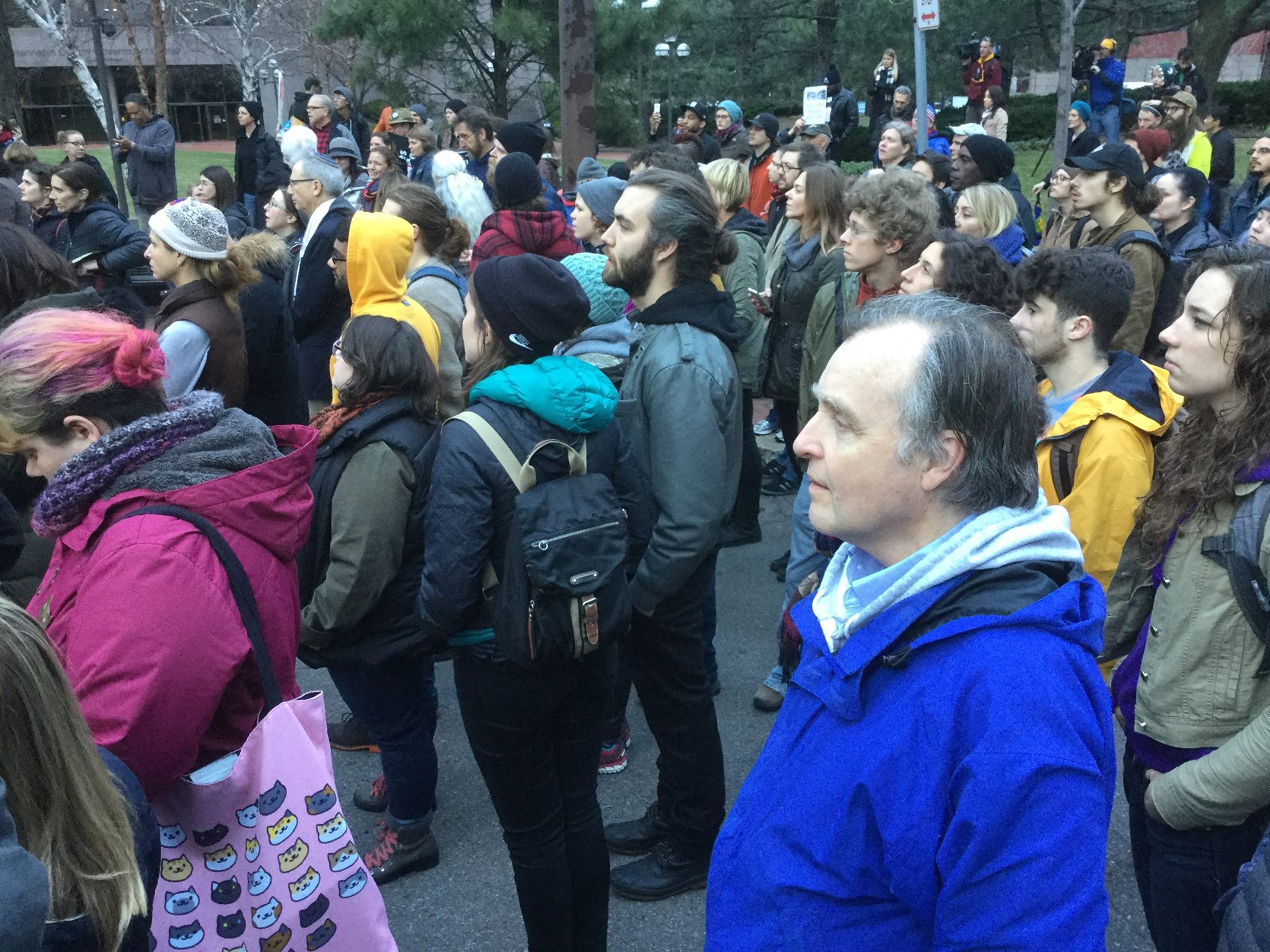 After the announcement by DFL elected Hennepin County Attorney Mike Freeman that prosecutors will not press charges against the two officers responsible for the death of a young black man, Jamar Clark, hundreds took to the streets of Minneapolis in protest.

Greens, including Minneapolis Councilmember Cam Gordon, marched in solidarity against the obviously bias account of events that night and the refusal to let a public trial deliver justice for Mr. Clark.

We believe that every death or injury at the hands of police deserves a complete, impartial public investigation. 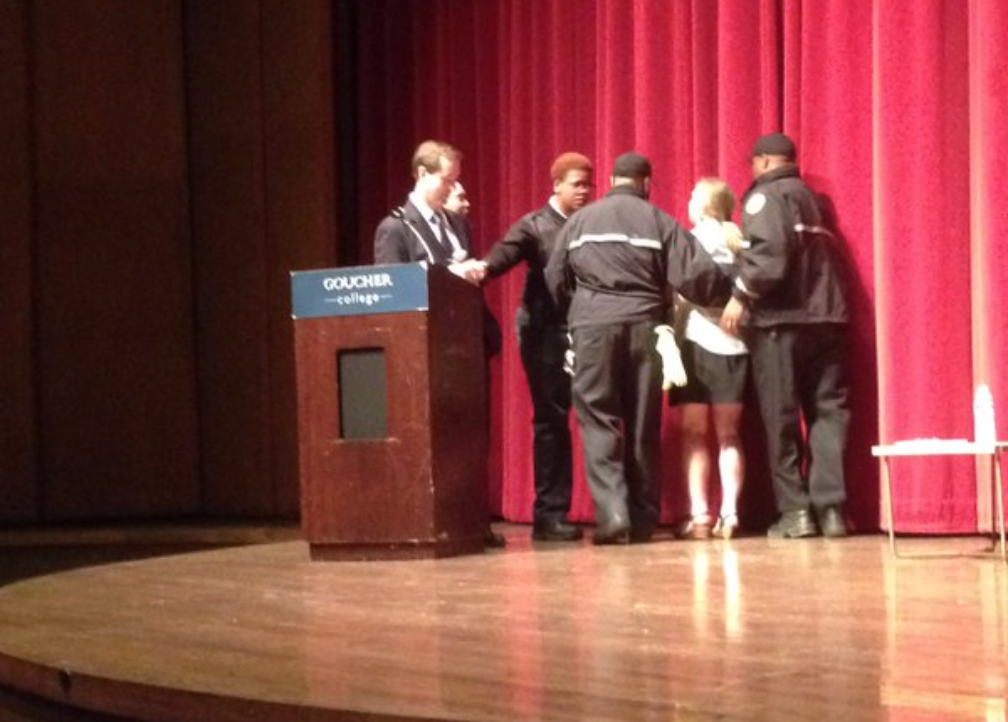 Flowers, who had been extended invitations to the debate twice by the organizers, was abruptly disinvited without notice two weeks before the event.

When the candidates were asked to take the stage, Flowers stepped up to remind the BJC that her exclusion was in violation of IRS regulations that require non-profit organizations to be non-partisan. 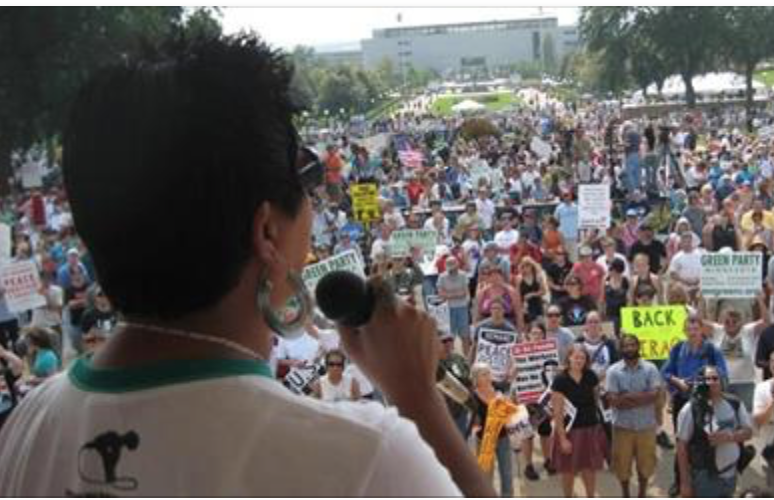 The Green Party of the United States expressed its support for the BLMLA7: Seven Black Lives Matter activists who were arrested in Los Angeles, California, on November 26, 2014 for leading the shutdown of Freeway 101 and are now on trial.

Rosa Clemente, Green vice-presidential nominee in 2008, is among the seven defendants

"The freeway demonstration was a nonviolent act of civil disobedience in a long tradition of peaceful protest against injustice.

The punitive nature of the #‎BLMLA7 trial is an affront to that tradition. It confirms exactly what #‎BlackLivesMatter was protesting -- the racism that persists in the U.S. justice system." –GPMN Co-Chair, Lena Buggs

Every four years, as part of its Annual National Meeting, the Green Party of the United States holds a Presidential Nominating Convention (PNC) to select a candidate for President of the United States.  Delegates are chosen by each state party according to its own rules, either by a primary election, caucus, or state nominating convention.

Huston is a microcosm of the issues that face our society; a rich history paved over by gentrification, stark inequality on display next to environmentally ruined superfund sites evidencing our area's devotion to petrochemical and other polluting industry. 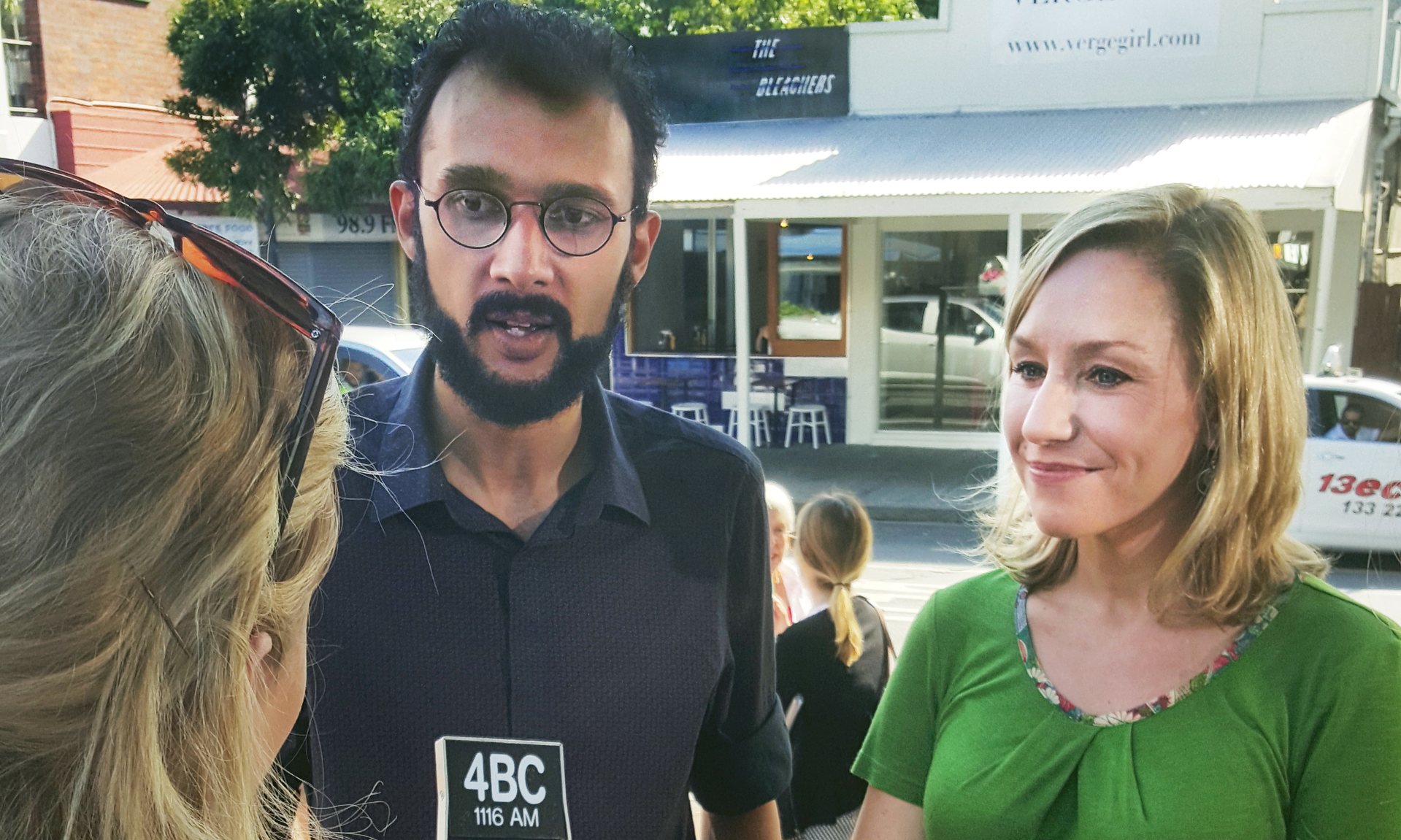 Last week, Jonathan Sri made history by becoming the first Green Party candidate elected in Queensland. Sri is the son of Sri Lankan migrant parents, and has already made an impact in a post-election video message discussing the worldwide migrant crisis.

Greens in Australia have had some success, electing candidates at both the local and federal level. Larissa Waters, Australian Green senator, announced Sri's victory on her Facebook page last week with excitement:

"I’m more than a little happy to no longer be the only elected Greens representative in Queensland’s history. This is a huge moment."

For more on Sri's historic victory, see the Guardian article from March 23: