Welcome to the October 2015 issue of the Sunflower Seed! In this issue we have exciting updates on our 2015 candidates, National Green Party news, reports on the growing #GreenSurge in Europe, upcoming events, and recent changes in Green Party Minnesota leadership! Enjoy! 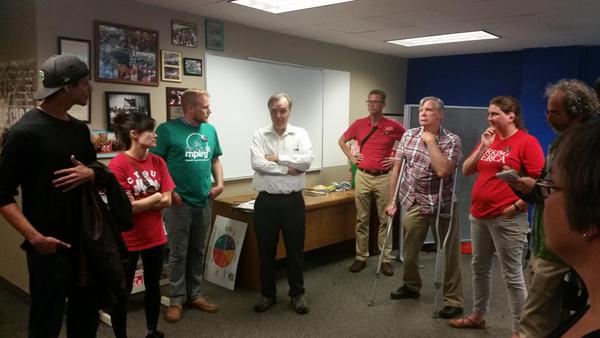 "On September 24 the City Council took two significant steps towards raising the standards for Minneapolis workers.

First we approved taking up new fair working practices legislation that begins the formal process for drafting new regulations that would require employees in Minneapolis to have earned paid sick time off and fair scheduling. Second, we approved moving forward with a request for proposals for a study about the possible effects of establishing of a higher minimum wage for Minneapolis and the region.

I was glad to see a strong Council majority following the lead of a powerful community coalition asking City government to take a more active roll in ensuring basic minimum fair work practices for all people who work in our city."

For more on this workers agenda go here: http://mplsworks.org/ 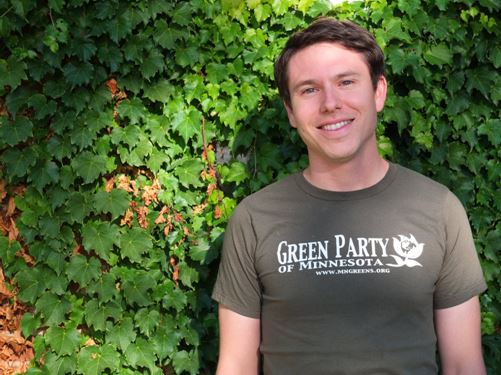 New spokesperson for the Green Party of Minnesota!

"I am so excited about the work we are doing with the Green Party of Minnesota. Like many folks, I am frustrated with a two party political system that I do not feel represents me.

I am very happy to be a part of a political party that refuses corporate money and truly believes in progressive policies like living wages, restoring the right to vote, and stopping sulfide mining in our state." -Brandon Long (Bee Long, @blongstpaul) 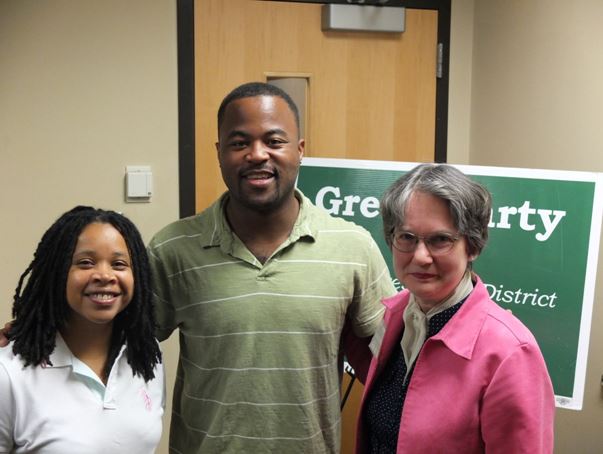 Announcing the Endorsement of Rashad Turner for School Board!

"I plan on keeping students first and doing what's right for Saint Paul. While the task of running a write in campaign may seem tough, I am up for the challenge and will work tirelessly to ensure that our students are given the opportunities, support and access to success they deserve." - Rashad Anthony Turner #WriteInRashad 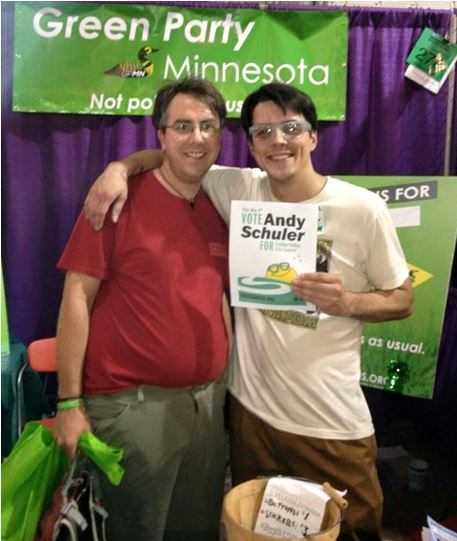 Andy Schuler is running for City Council of Golden Valley. He was recently seen marching in the Golden Valley Arts and Festival parade at Seeman Park on Saturday, September 26th.

Andy also hosted a Community Power meeting September 27th to discuss renewable energy with others. Some of the issues Andy is addressing include preserving parks and wildlife, promoting environmental awareness, advocating for clean energy independence, and voting for proportional representation.

Some of the actions he is proposing towards these goals are keeping parking lots from being built on untouched natural habitat, permitting residents to keep honeybees, installing solar garden-micro grids, and replacing 'block voting' with 'choice voting'. Andy also was recently elected as a member of Minnesota Norml Board of Directors. 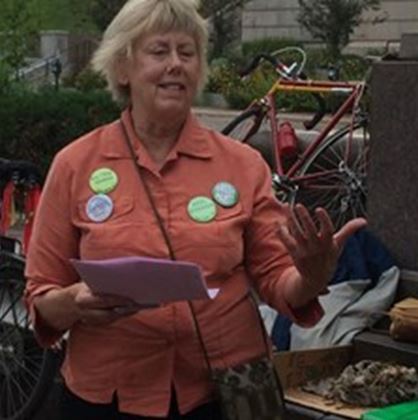 The Kriss Osbakken campaign for Duluth City Council at-large is sweeping the city with new literature, yard signs are going up, and the campaign has launched a new website at www.krissforcitycouncil.com.

Osbakken is once again providing a strong progressive voice, particularly on issues affecting the environment and economic justice. Recently, former Green candidate for US Congress, Ray “Skip” Sandman, has added his name to a growing list of supporters.

Next up, Osbakken is honored to have Lyz Jaakola and the Oshkii Giizhik Singers sing and drum at a campaign fundraiser on Indigenous Peoples Day, Monday October 12, from 7-9pm at The Red Herring, 208 E 1st St., downtown Duluth. 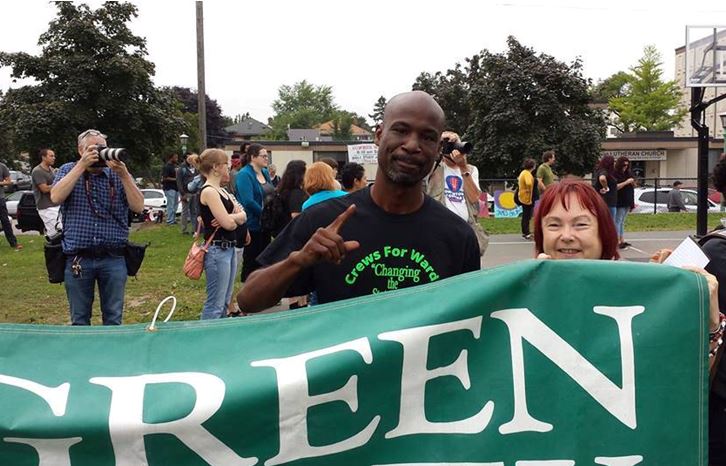 Crews for Ward 1 has important presence in the community

The Green Party-endorsed Saint Paul City Council candidate in Ward 1, Trahern Crews, has been active with various events and appearances in September. Some of the highlights:

Crews for Ward 1, along with the Green Party, had a booth at the Selby Jazz Fest on September 12. Trahern and other Greens spread the word about the Green Party’s commitment to keeping big money of out of politics.

#BlackRail: Trahern helped rally a group of Green Party members to join others at the #BlackRail protest at the Lexington Avenue station on the Light Rail’s Green Line. The community gathered to show their support of Marcus Abrams, a 17-year-old young man who has autism and was the recent victim of police brutality by the Metro Transit Police.

Crews for Ward 1 organized and hosted a Town Hall on September at the Rice Public Library. The Town Hall effectively began a community dialogue about whether rent control would be feasible in Saint Paul. 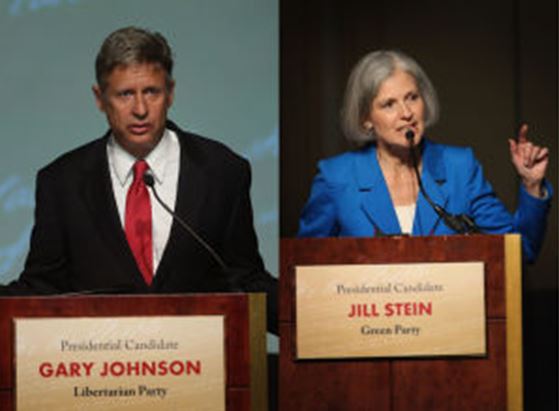 The Green Party, along with the Libertarian Party and other plaintiffs, recently filed a federal lawsuit alleging that the Commission on Presidential Debates is in violation of anti-trust laws, District of Columbia tort law, and the First Amendment.

The Obama and Romney campaigns signed an agreement in 2012 with the Commission agreeing not to participate in any non-Commission general election debates. The plaintiffs allege that such an agreement created an anti-competitive duopoly that artificially advantages the Democratic and Republican Party candidates. Jill Stein is also named as a plaintiff.

You can read more about the lawsuit in this article from the Washington Post. 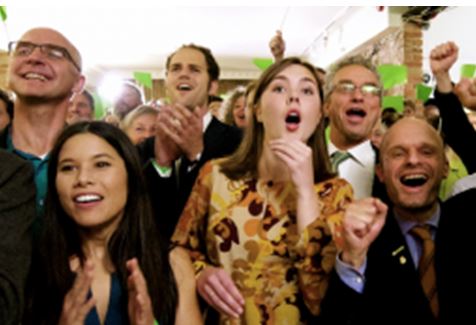 #GreenSurge Continues in Europe with Success for Norwegian Greens

The Norwegian Green Party (Miljøpartiet De Grønne) achieved a national breakthrough in September, with the party achieving a 4.2% vote across the country in local elections, including becoming the third largest party in major cities like Oslo and Trondheim.

Party International Contact Andrew Kroglund credits climate change as a major issue propelling the Greens forward, as well as the Green response to the asylum crisis. These international issues were important to voters in local elections, something Greens have emphasized in other countries as well.

For more on this historic victory, and to check out what’s going on with Greens across Europe, check out the European Green Party’s website at www.europeangreens.org.