Welcome to the September 2015 issue of the Sunflower Seed! The end of August and the start of September bring our biggest event of the year - the Minnesota State Fair, where we will once again have a presence in the Grandstand, 2nd floor. If you have never visited our booth, make sure and stop by this year. Better yet, volunteer for a shift!

We do have a few spots to fill still so you can volunteer by e-mailing Andy Hamerlinck at [email protected] The first two people to sign up for each 4-hour shift will get a free ticket to get in!

The previous month has been a whirlwind of Green activity and this month's Sunflower Seed is entirely comprised of local Minnesota news!

We still have a need for volunteers to fill a few shifts at the GPMN State Fair Booth! Volunteer for a shift, and get a free ticket to the fair! Please contact Andy Hamerlinck at [email protected] or 651-402-7328 if you can help out. 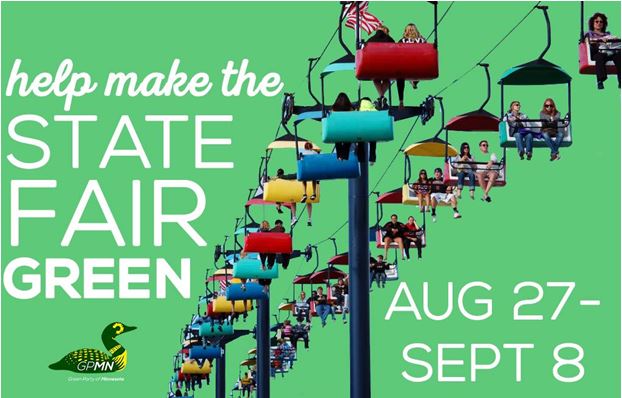 For our main outreach event of the summer, stop by the Green Party booth in the Grandstand (2nd floor) at the State Fair August 27th through September 8th! We have all new literature and a new banner as we try to get back-to-the-basics educating others about the Green Parties' key values and growing our membership.

We still need volunteers to help fill some empty shifts at the Fair! If you can spare a 4-hour shift, especially in the afternoon (5-9pm), there’s a free ticket to the Fair for you! Please contact Andy Hamerlinck at 651-402-7328 or [email protected] if you can volunteer. Thank you to all of you who’ve already signed up, you truly are helping the Party make a difference! 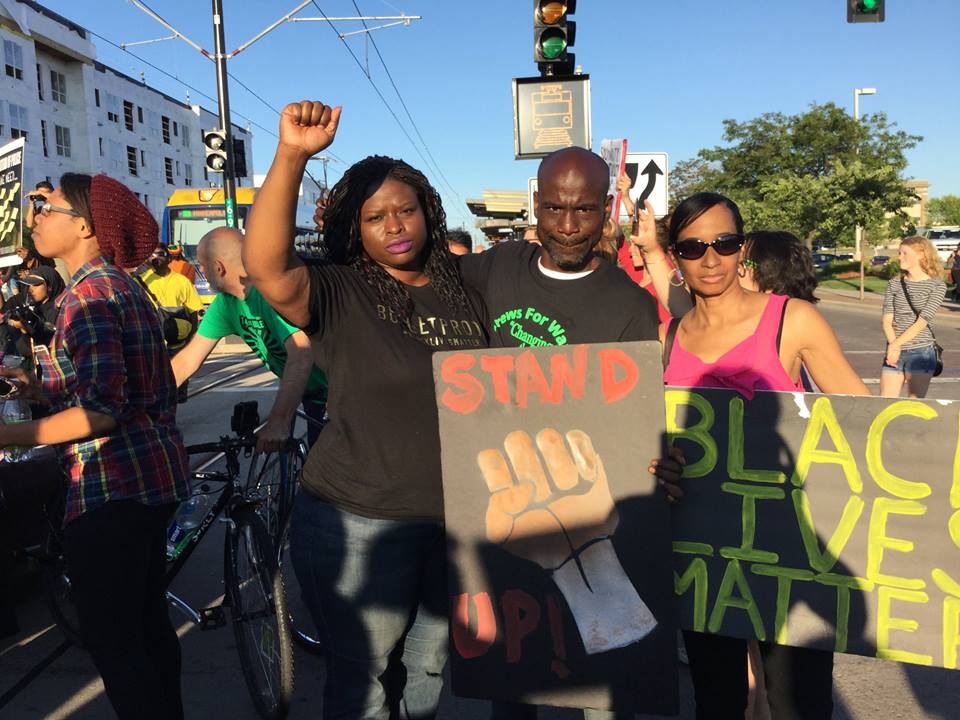 St. Paul Green City Council candidate, Trahern Crews, joined Greens and hundreds more from the local Black Lives Matter movements in the streets of St. Paul in remembrance of the first anniversary of the killing of Michael brown by the police on August 10th. When Crews addressed the crowd, his message of police accountability and $15 minimum wages drew loud applause.

Crews continues to forge strong alliances with Black Lives Matter and 15NOW, two movements which Greens have actively supported and contributed to in Minnesota and across the country.

Check out the Crews for Ward 1 Facebook Page at https://www.facebook.com/CrewsForWard1 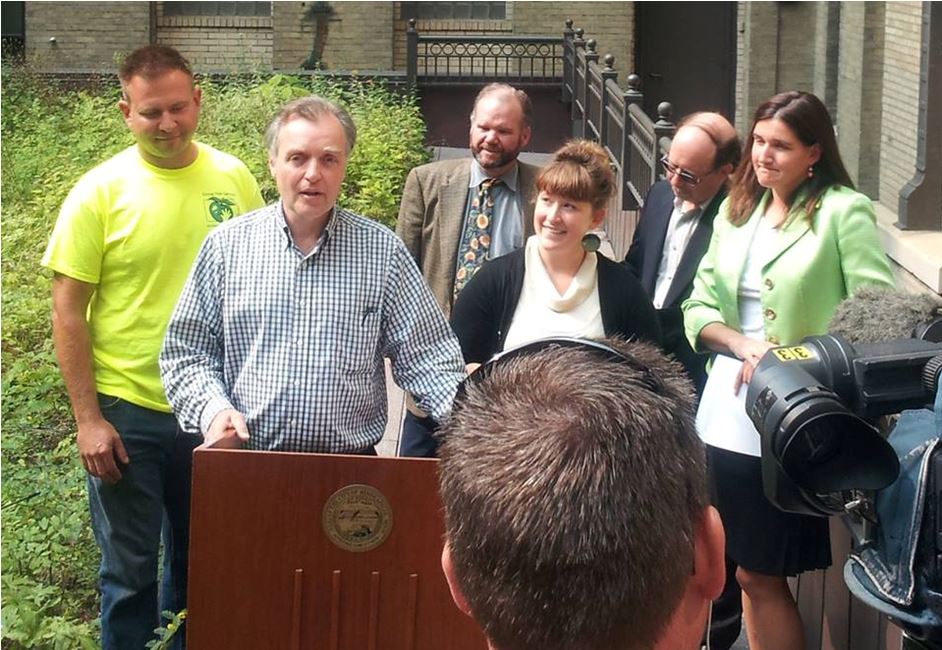 Cam coauthored the Pollinator Friendly Community resolution, which the Minneapolis City Council passed unanimously on August 21. The resolution calls for phasing out even the small amount of pesticides Minneapolis uses, and planting more habitat and forage. More importantly, the resolution urges all Minneapolis residents, businesses, other institutions to work together with the city in taking these actions. Read more about the resolution here, and learn more about efforts to create pollinator friendly communities in Minnesota here.

One of the first protected bikeways in Minneapolis was installed in Cam’s Ward 2 this month.

This new two-way protected bikeway connects East River Parkway to the Washington Avenue bike lanes. The bikeway includes a concrete median in the block south of Fulton, a bike signal at Fulton, and intersection markings to ensure safety. Cam hopes to see this bikeway extended to the Dinkytown Greenway as soon as possible. Learn more about the protected bikeway plan here. 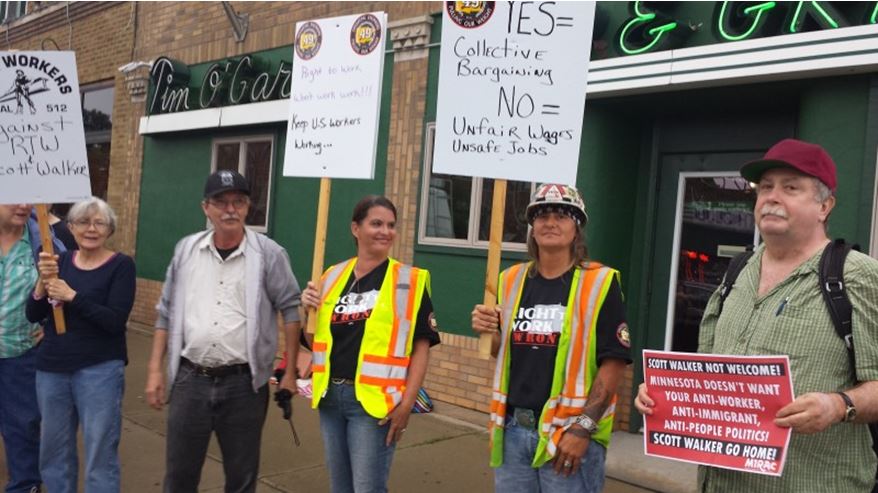 Several Greens made up a group who gathered outside of O’Gara’s Bar in St. Paul on August 19 to protest Scott Walker’s address at a fundraiser for the pro-corporate Minnesota Jobs Coalition. Greens were joined by other activists from the Minnesota Immigrant Rights Action Committee, Students for a Democratic Society, Iron Workers Local 512, Operating Engineers Local 49 and others. 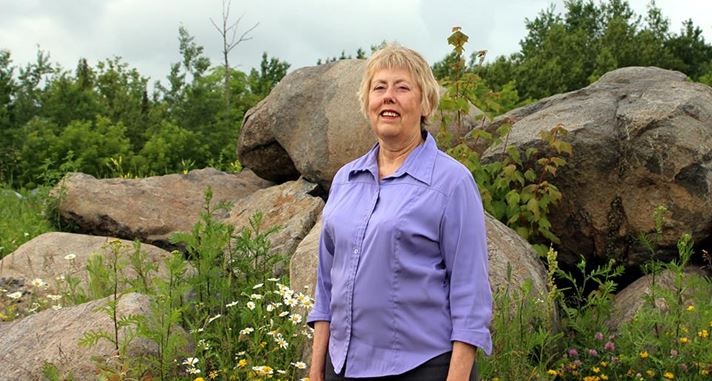 Former candidate for Minnesota House, Kriss Osbakken, has been endorsed by the 8th Congressional District Green Party for Duluth City Council. Greens met on Wednesday, August 19 in Duluth and endorsed Osbakken, who is running on a strong anti-corporate platform. The Duluth City Council seat is at-large. 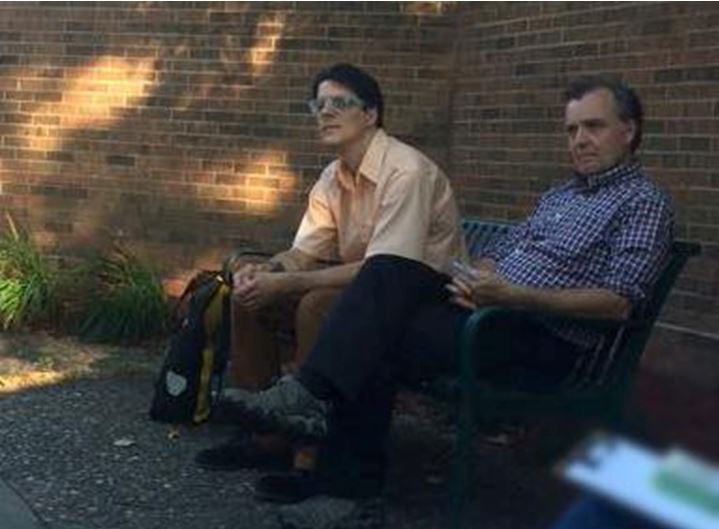 The conversation was lead by Andy Schuler, who is seeking Green Party endorsement for City Council in Golden Valley. Schuler favors a Single Transferable Voting system for Golden Valley, and has received a positive response to the ideas as he’s talked with area voters. Also speaking was former Green Party candidate for Governor of Minnesota, Ken Pentel. He described several options for proportional representation in the Minnesota State Legislature.