Murder of George Floyd by the Minneapolis Police on memorial day May 25th, 2020. Officer Chauvin sat his knee on the neck of George Floyd for 8 minutes until he killed Mr. Floyd. This sparked Global outrage and civil disobedience. One of the organizers of the first Rally/March/Protest and other events at the capital after that was the Green Party of Minnesota Chair and Green Party of the United States Co-Chair Trahern Crews. The first rally included solidarity and sister rallies across the country with BLM Minnesota and other organizations like the Racial Justice Network, TCC4J, and others. 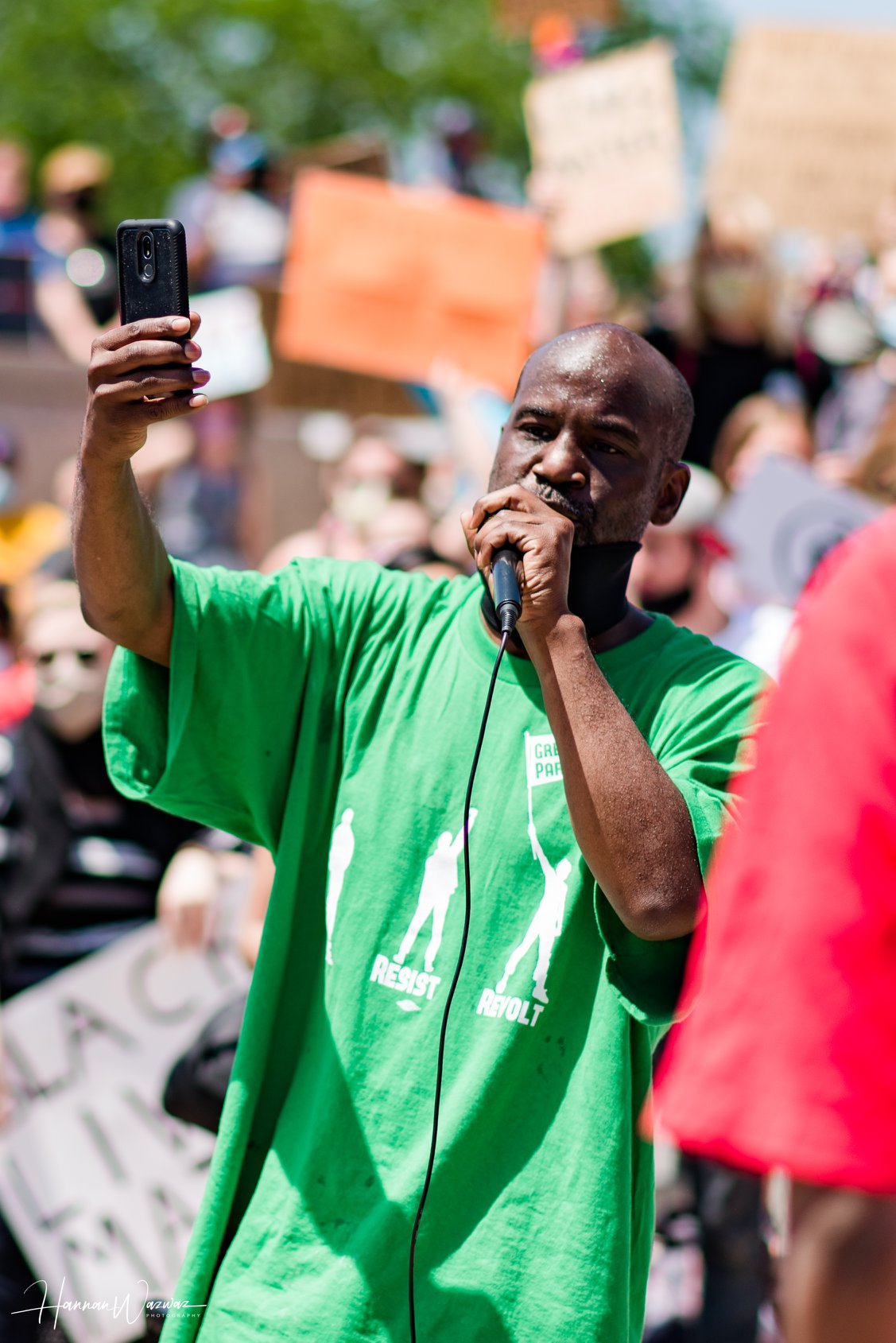 Darnella Wade Co-Chair of the Green Party of the 4th Congressional District spoke at the capital about why we need to hold police accountable and make sure they all are required to carry personal professional liability insurance so that taxpayers are not paying for police misconduct. 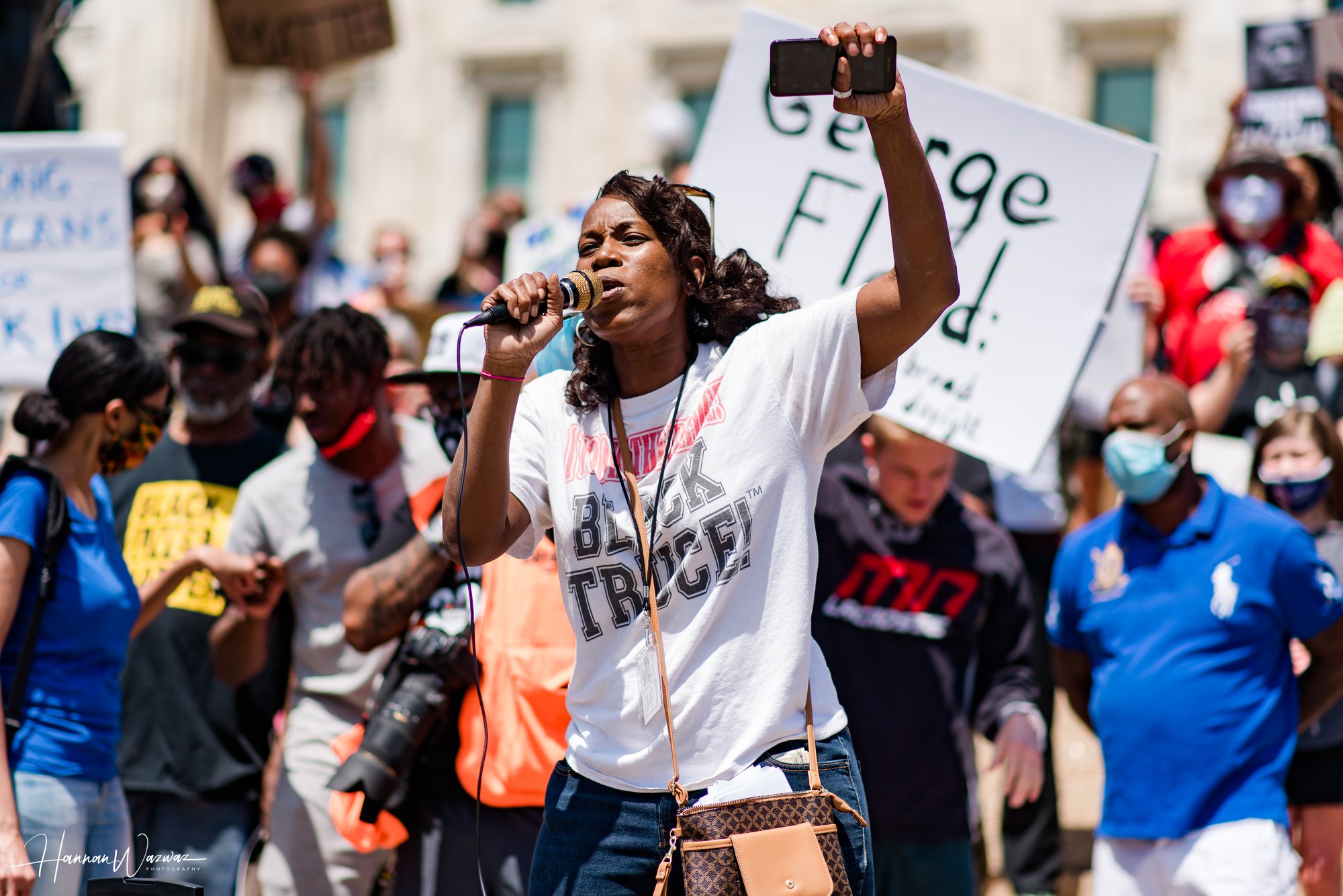 Minister Toya Woodland Green Party of the 5th Congressional District Endorsed candidate for Congress said we need Community Control of The Police. She believes the community should decide who gets hired and who gets fired in our community.Ms. Woodland was out on the scene and played a part in organizing the first protest on 38th street were George was murdered by the police. The location has been occupied by community members ever since. People have come from out of town to take part in the protest others have come to the location as a tourist destination. Athletes, politicians, and entertainers flew in for the George Floyd memorial service. 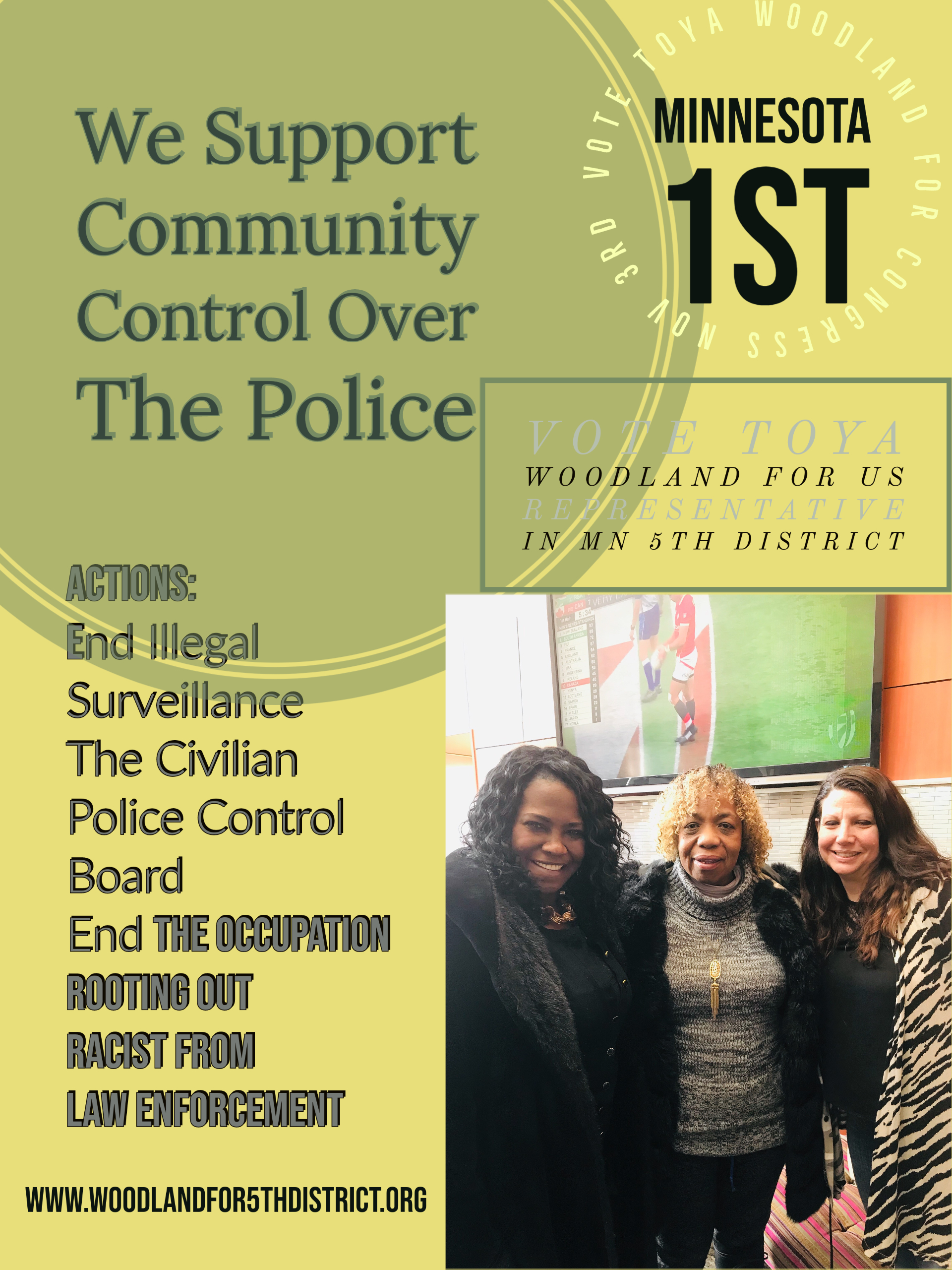 The civil unrest has prompted lawmakers across the country to start discussing police reform measures. Minneapolis City Councilman and long time Green Party member Cam Gordon became part of a majority of council members who have called for defunding the police. Diverting resources from the police to the community. Trahern Crews a BLM activist and Chair of the Green Party of the United States Reparations working group has been saying at rallies after the murder of Mr. Floyd that the United States government has had its knee on the neck of the American Descendants of Slavery for 400 years and its time to get justice. Mr. Crews said the grassroots community members activist and street organizations did the work on the ground that led to the firing, arrest, and charges of the four officers involved in the murder of Mr. Floyd. Green Party of The United States Co-Chair on the Front Lines We cannot let the status quo come in and change the narrative after we did all the work to make sure this wasn't business as usual, this isn't just about policing this about systemic racism, and the wealth gap in America. The Green Party has the platform to address it which is Reparations for Foundational Black Americans. The murder of George Floyd by the Minneapolis Police Department has become an international issue and the world is watching.