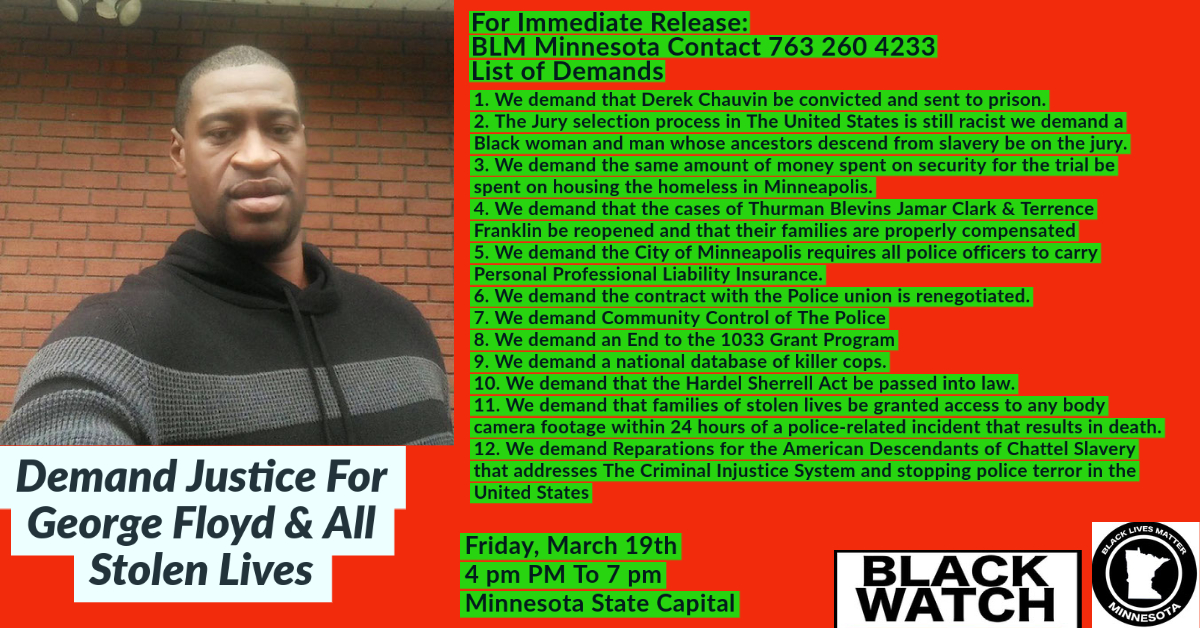 The Green Party of Minnesota and the Green Party of the United States are demanding Justice For George Floyd and the conviction of Derek Chauvin in the Derek Chauvin murder trial. The Green Party of Minnesota fully endorses Black Lives Matter Minnesota Spring Agenda. police brutality contributes to the disparities we see in Minneapolis and around the country socially politically & economically. Steven Stampley spokeperson for the Green Party of the 4th congressional district said "what happened to George Floyd should never happen again and one way to prevent that is by enacting the Black Lives Matter Minnesota spring agenda into law". The city of Minneapolis just started a truth and reconciliation process and part of that process must be confronting police misconduct which has ruined many Black Lives in the city of Minneapolis. We encourag other organization to sign on to the aganda because it is our belief that it will save lives in the future.