Welcome to the May 2017 issue of the Sunflower Seed! In this issue you will find updates on our 2017 Green campaigns, hear about giant Green Party of Canada election successes, get information on our upcoming membership meeting (June 24th) and find other ways you can get involved! Enjoy! 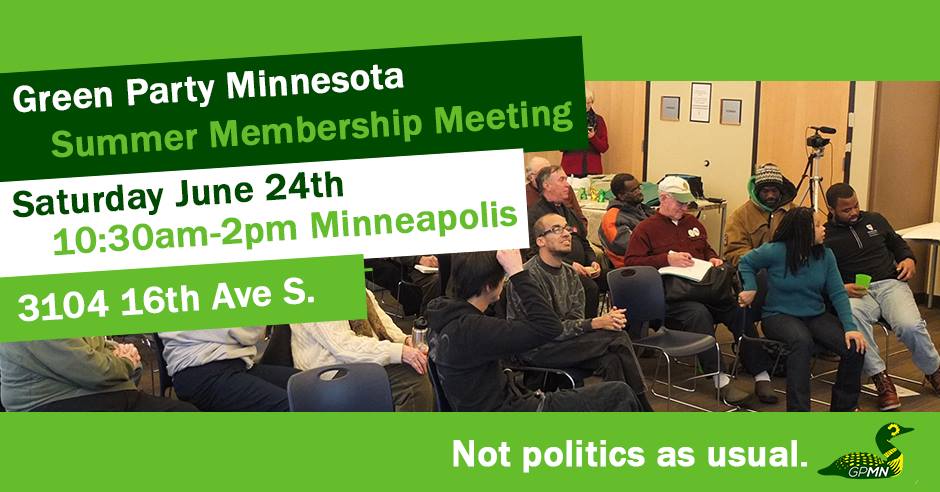 The annual membership meeting is a time to renew connections with fellow Greens from all over the state and participate in the grassroots governance of your political party!

In addition to voting on bylaw change proposals and electing at-large Coordinating Committee members and representatives to the Green Party of the US, the agenda will include a discussion of the GPMN's electoral strategy for 2018.

This election will be our next opportunity to retain minor party status or to achieve major party status. Come and be part of this important conversation!

Coffee, snacks and lunch will be provided. Please invite your friends on Facebook here!

10:45 am Review of Consensus Process 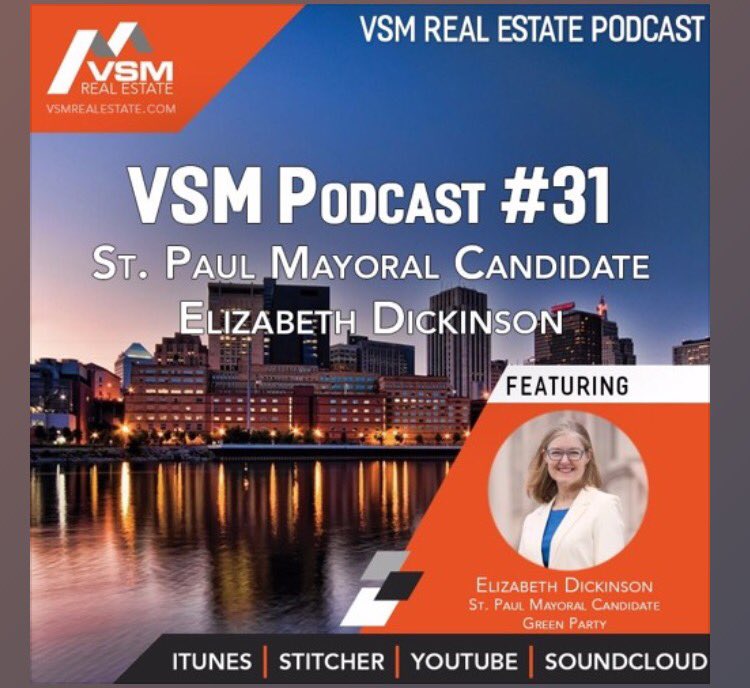 The friendly hour long conversation covered a range of topics and garnered praise for her plans as being more detailed than the other candidate's. Her ability to connect people with city resources turned into a concrete example when she helped connect the hosts with a city revolving-loan program to finance improving energy efficiency for commercial properties.

She also discussed a study she had commissioned about adding solar to public schools in ways that would save money without requiring any initial investment. She also reiterated her support for a citywide $15 minimum wage, which would lift thousands of people out of poverty.

Her ideas about making government more transparent and ways to create connections between businesses and communities of color were well received. Her experiences as an owner of rental property enabled her to talk with detailed knowledge about the challenges facing small businesses and ways the mayor can use her office to help create connections that help everyone in the city.

You can listen to the entire interview here. 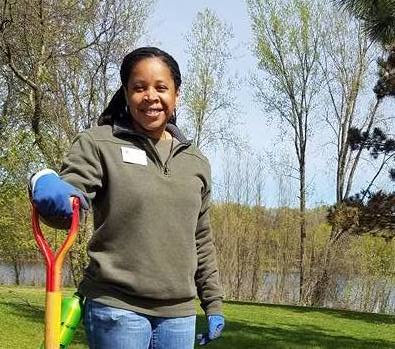 Two new Ramsey County Soil and Water Board policies, one aimed at retrofitting multi-unit dwellings and the other at addressing disparities in the district, both introduced by Green Supervisor Lena Buggs on June 1, did not pass on a 2-2 vote.

Typically, there are five board supervisors, so a tie would not happen, but Supervisor Gardner resigned from the board in March and has not been replaced. Though the Soil and Water Board elections are nonpartisan, the current makeup of the board is two DFL supervisors, one Green, and one independent. The two DFL members voted against Buggs' two proposed new policy proposals.

The multi-unit policy was aimed at retrofitting apartment buildings, condominiums and other multi-unit buildings to improve storm water runoff using current best practices. The racial equity and inclusion policy addressed disparities in hiring practices, contract compliance, education and outreach within the conservation district. Both policies would be in keeping with the district's core mission of protecting soil and water resources.

Supervisor Buggs, the district's first supervisor of color, was subjected to hostility when presenting the equity policy by the faction of DFL board members. Buggs was repeatedly asked if partners were consulted to see if they "liked" the policy.

Supervisor Buggs reminded board members of their elected fiduciary responsibilities -- to write board policies and set the direction of the overall district. She further indicated partnering organizations didn't need to be consulted, as the board writes its own policies and is an independent local office of the state of Minnesota.

"I am saddened by the board's decision not to adopt these policies. Equity and inclusivity should not be viewed as preferential treatment of people of color," Supervisor Buggs said. 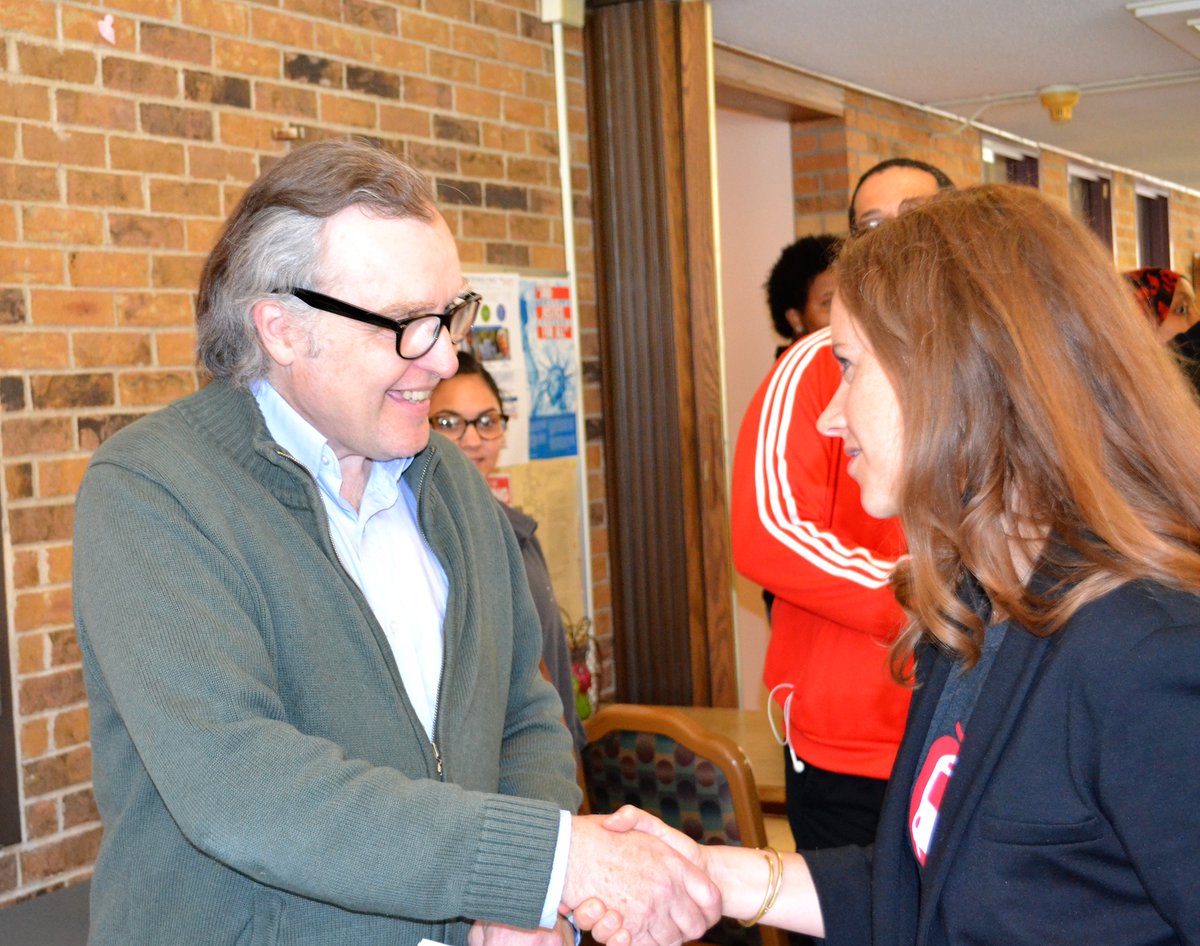 A ban on plastic bags that was set to go into effect on June 1 this year was pre-empted by the Minnesota Legislature and signed into law by Gov. Mark Dayton. The legislation prohibits communities in Minnesota from passing ordinances to control the use and disposal of plastic bags.

Sponsored and championed by Green City Councilmember Cam Gordon and passed by a vote of 10-3 in April 2016, the ban was intended to address the numerous environmental and social ills caused by plastic bags, from the eyesore of bags caught in tree branches and blowing across streets, to the serious threat to wildlife of plastic accumulating in oceans and waterways.

“Let's be clear: this is the state taking a firm stand against local control, against action to protect the environment, against democracy, and in favor of large, powerful industries that are not even located in Minnesota,” he said.

“It is a shame that we will no longer have the freedom and authority to implement this popular model ordinance that residents of Minneapolis have been asking for for years,” he added.

Gordon said he plans to work with Councilmember Abdi Warsame, who co-sponsored the original ordinance, on amending the ordinance to fit within the limitations imposed by the Legislature and Governor. He remains committed to reducing the use and disposal of plastic bags in Minneapolis.

“I am determined not to let this have a chilling effect on my commitment to do my job, to represent my constitutes and to find creative solutions to make Minneapolis a more democratic, sustainable and healthier City,” he said. “This fight is far from over.” 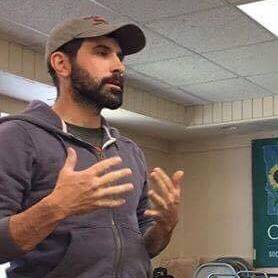 A lifelong user of parks on all levels, from city to national, Menz is a strong believer in the importance of parks for both kids and adults. His campaign focuses on racial/cultural equity in park programming and maintenance; providing top-quality youth athletics in all parks;  and doing a better job with recycling and diverting trash in the parks.

Menz’s experience as a teacher at Lyndale Elementary and as a volunteer in social programs gives him important background in envisioning the equity changes he would like to see in the Minneapolis Park Board and system, he said.

“Since I was an Americorps VISTA in Austin, Texas, working with the homeless, I have advocated for and organized communities for positive results. As a school teacher I have worked to respect and value all students and families in the community by supporting positive personal relationships with students, staff, parents and families in the school communities that I have worked in.”

Menz was endorsed by the Minneapolis-5th District Green Party on May 20, bringing the number of Green-endorsed Park Board and City Council candidates in Minneapolis to five, and the total number of Green running for local office in the Twin Cities to six. 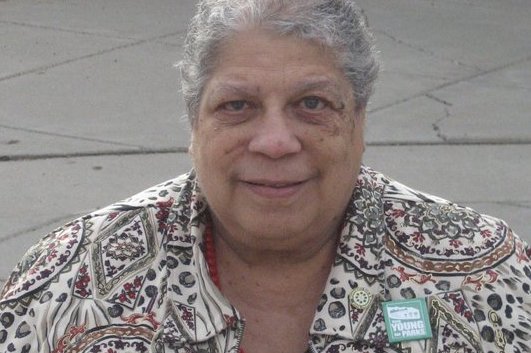 The Green Party of Minnesota would like to sincerely thank Green Minneapolis Park Board Commissioner Annie Young for her many years of service. She has announced that she will retire from the Park Board after her current term ends this year.

Annie has always been a pioneering and visionary activist in all the fields she endeavored to enter. Politics has certainly been no exception. Annie was one of the very first Green Party elected officials in the state of Minnesota. She will retire as one of the longest-serving Green Party elected officials in the entire country.

Consistently re-elected by wide margins, Annie has shown not only that Greens can win at the local level, but that they can thrive. Her dedication to the people of Minneapolis, and her ability to work with colleagues regardless of political party affiliation, has served her and the Green Party well.

In addition to serving as an elected official, Annie has served the Green Party in countless other ways over the years. A self-professed "political junkie," she has advised and mentored candidates for office at all levels, and has even run for statewide office herself, helping Greens maintain party status in 2010.

As we’re sure she will attest, it is not always easy being Green. Often times Annie is the lone Green voice in the room. Her patience and dedication, however, is starting to pay off. The Green Party is making breakthroughs every day around the world. The recent election in British Columbia, where Greens hold the balance of power, is but one example.

In the years to come, Greens in the United States will continue to organize for our breakthrough on the statewide and national level. When it happens, we will look to the wisdom and experience of our pioneering leaders like Annie Young to lead the way.

The Green Party of Minnesota Coordinating Committee and our members would like to sincerely congratulate Annie on her retirement from elected office. We look forward to the next chapter together. 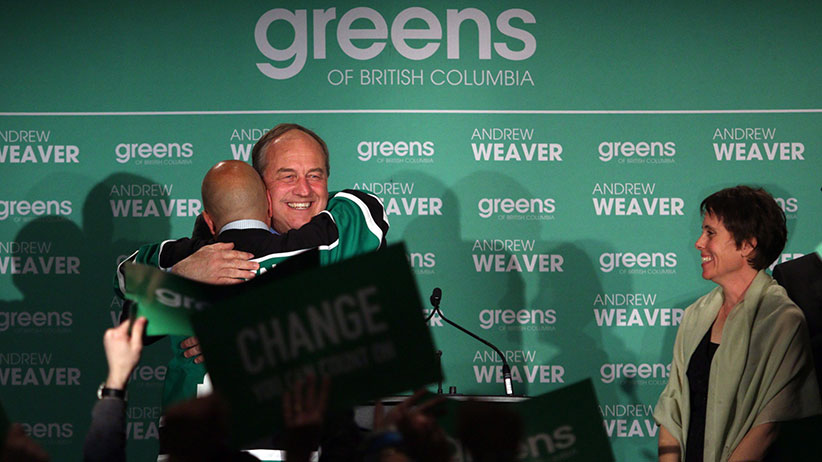 Last month's provincial election in British Columbia saw the Green Party winning 3 seats, enough to hold the balance of power in a closelydivided Legislature. The Party, led by climate scientist Andrew Weaver,decided to form an alliance with the labor-based New Democrat Party (NDP), ending 16 years of rule by the more conservative Liberal Party.

According to the New York Times, this election "for the first time, gave the Greens real political power in North America." The party will use its new clout to pursue proportional representation and an end to big money in British Columbia politics.

These are but two highlights of a shared agenda worked out by the two parties in June, which also proposes a $15 minimum wage and a Basic Income pilot project.

The Green Party of Canada is led by the popular Elizabeth May, currently the lone Green Party representative to the national Canadian Parliament.