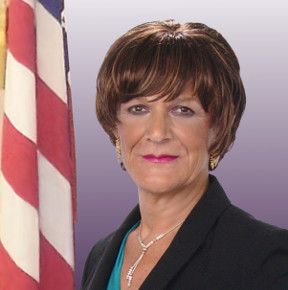 Paula Overby for US Senate campaign is launching! Paula is seeking the endorsement of the Green Party. Unlike most kick-off events, this one will be inclusive and grassroots! The Winona County Green Party will be inviting local community groups who are dedicated to positive change to join us and share their meesage.

Paula Overby is taking a leadership role in the independent movement by announcing a statewide campaign for US Senate. Paula conducted two campaigns for the US House in 2014 and 2016, advancing her share of the vote from 5% to 8%, showing that more and more voters are looking for new voices to speak up for them in government.

Paula believes that her principled and consistent positions on the issues, growing public demand for a third party, and providing a meaningful choice at the ballot box will help overcome the significant challenges of running a third party campaign. Energetic organizing among minor parties, dissatisfaction with politics as usual, and the growth of issues-oriented activism is reaching a critical mass, creating the environment for a successful third party campaign.

The major parties cooperate on expansion of the war budget while giving mere lip service to the major concerns of healthcare, education, and infrastructure. Paula's campaign will address inequity in economic opportunity and the need for livable wages, which are a priority in an economy that 70% of Americans know is rigged against them. You can interact with Paula and find out more about her online through her Facebook page https://www.facebook.com/Paula.Overby.for.Congress/

If you know of local groups who might like to participate, please message the Green Party of Winona County or email[email protected]