SAINT PAUL – The Saint Paul City Council will consider a resolution on Wednesday, January 13 calling on the city to advance the cause of racial healing by exploring reparations for American Descendants of Chattel Slavery who live in Saint Paul. The resolution calls for the creation of a Saint Paul Recovery Act Community Reparations Commission, which will guide the city on strategies to grow equity and generational wealth, and eliminate disparities experienced by African Americans in Saint Paul.

This initiative has been championed by the Saint Paul Recovery Act and Reparations Steering Committee, co-chaired by Trahern Crews. According to Crews, “At the age of 8, George Floyd's great grandfather Hillary Thomas Stewart, who was a slave, got his freedom. As an adult, he had amassed 500 acres of land. However, white farmers stole it from him and his family, denying his offspring the benefits of generational wealth. This has happened to many Black families whose ancestors descend from American chattel slavery and now it is time for bold reparatory justice policies that will address these historical injustices.” Crews is Co-chair of the Green Party of the United States and heads up its national reparations working group.

Newly minted State Representative John Thompson has also been part of the steering committee and stated “Reparatory justice is a bipartisan issue when it comes to addressing the racial wealth gap in Minnesota. Discriminatory policies at the local, state and federal levels have contributed to the economic crisis Black Americans in Minnesota are facing. The Saint Paul Recovery Act is a step toward economic inclusion in the city of Saint Paul.”

The killing of George Floyd has made our community the epicenter of the movement for racial justice, and this initiative is inspired by similar ones in Evanston, IL; Asheville, NC, and other cities. States, colleges and universities, and religious organizations like the Minnesota Council of Churches have also undertaken significant efforts to advance racial healing and explore reparations.

In addition to governmental entities,  higher education, and faith communities, the November 2020 edition of the New England Journal of Medicine stated that reparations are now widely considered to be the most effective means of breaking down the societal structure related to power, money, and access to resources, and indeed may be the only solution that can be applied intergenerationally that “would be an investment in the future and in reducing disparities that have been intractable for generations.”

Jeremie English, another member of the Saint Paul Recovery Act steering committee, has stated his support as well.  “As a citizen of Saint Paul City for over 40 years and a standing member of the Steering Committee that represents Foundational Black Americans in Saint Paul, passing a resolution this year to explore how the city should address economic deprivation, systemic racism and police reform for Foundational Black America will be one of if not the important investments this city has made in decades. To move forward with the Saint Paul Recovery Act means this city is ready to empower its Black

American citizens with tangible economic resources to enable them to compete on an equal playing field.”

Steering Committee member Georgia Fort sums up this work, “Without reparations, we will continue to fail at creating equitable solutions for Black residents in Saint Paul.” 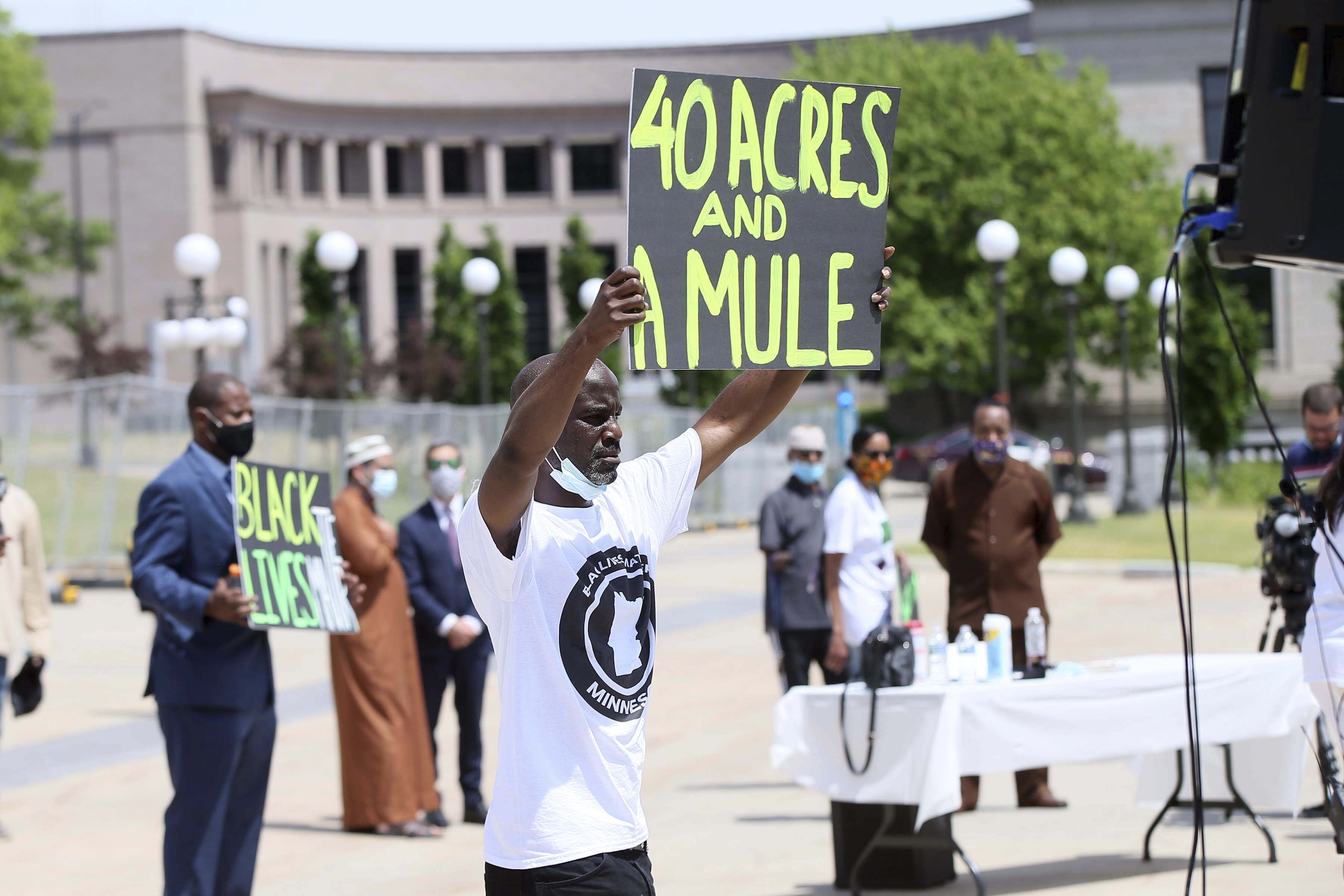