Welcome to the August 2015 issue of the Sunflower Seed! We're sending this out a few days early so that we can report on the Green Party of the United States Convention in St. Louis, beginning Wednesday, July 23.

The other big event coming in August is the start of the Minnesota State Fair, where we will once again have a presence in the Grandstand, 2nd floor. If you have never visited our booth, make sure and stop by this year. Better yet, volunteer for a shift!

You can do so by e-mailing Andy Hamerlinck at iamandy@riseup.net. The first two people to sign up for each 4-hour shift will get a free ticket to get in!

The focus of the talk will be on voting reforms, such as Ranked Choice Voting and Proportional Representation, which Greens have championed since our inception.

We need volunteers to help spread the Green message! If you are interested in volunteering for a shift, please contact Andy Hamerlinck at iamandy@riseup.net or 651-402-7328. 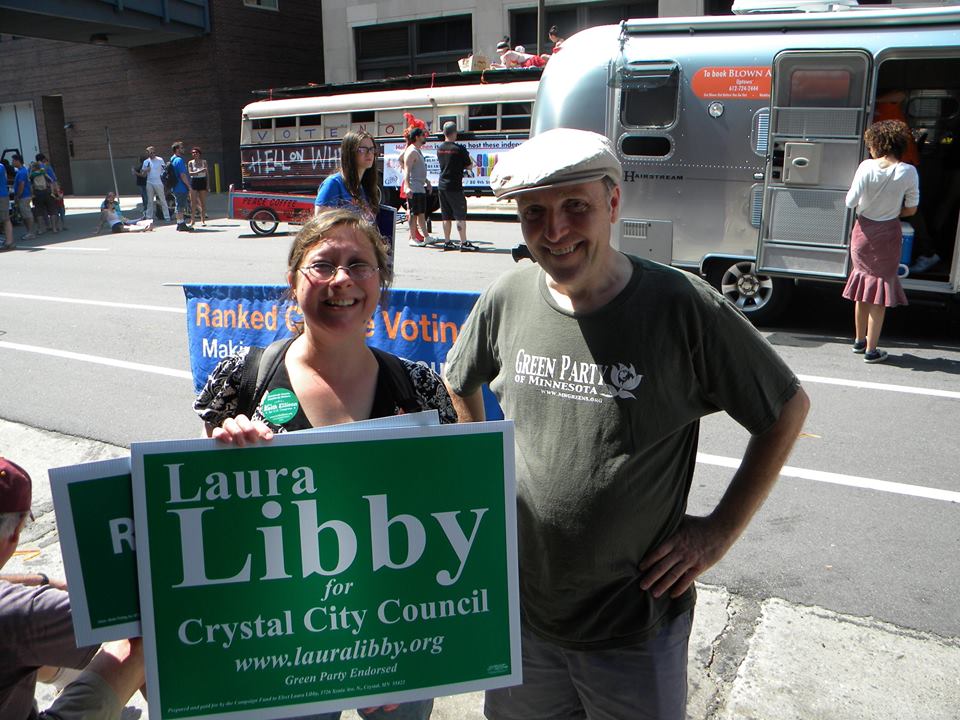 "Two days ago the Republican majority on the Crystal City Council introduced an amendment to remove the point of sale inspection that is required when selling a home, which I feel keeps Crystal's property values strong.

I disagree with repealing this ordinance. As the lone Green on the council I will continue to advocate for protections that sustain our cities vibrancy, unlike the council of members who are working to dismantle our city.

You can see this happen at minute 36, and at minute 55 you can see the Republican majority begin a discussion to withdrawal from the Northwest Hennepin Human Services Council." 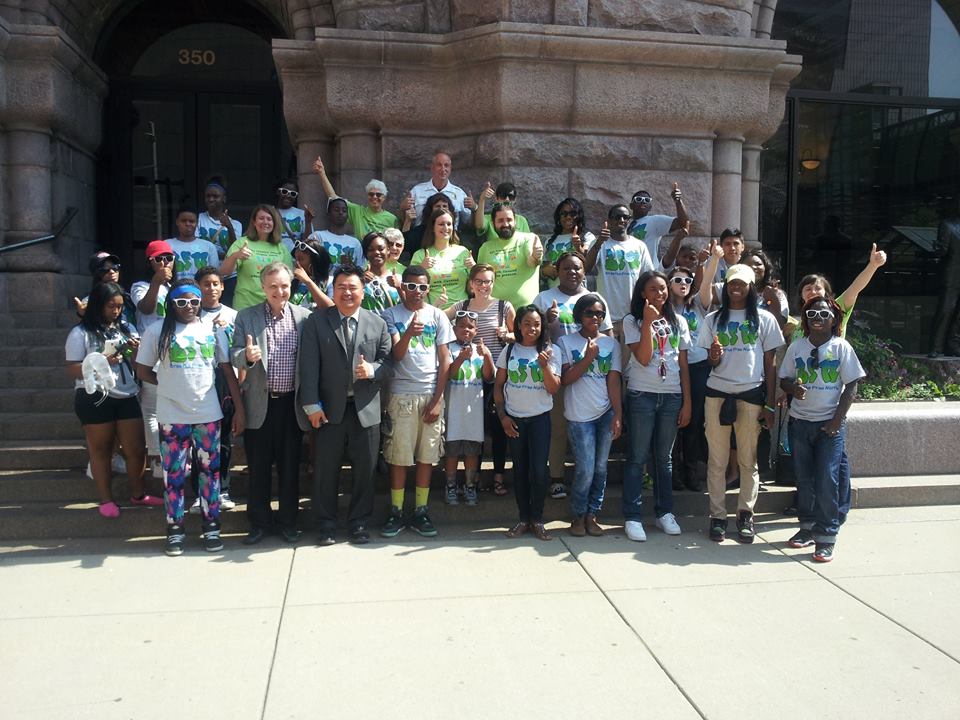 The Minneapolis City Council unanimously adopted the tobacco ordinance changes coauthored by Green Party City Councilmember Cameron Gordon. Starting January 1, 2016, the minimum price per stick for cigar products will be $2.60 (current price can be as low as three for 99 cents).

The ordinance also prohibits the sale of flavored tobacco products except at specialty, adult-only tobacco shops. The ordinance is of particular import because it was based on the recommendations of the Minneapolis Youth Congress that these types of tobacco products are the most common entry point into tobacco use and nicotine addiction for our youth. 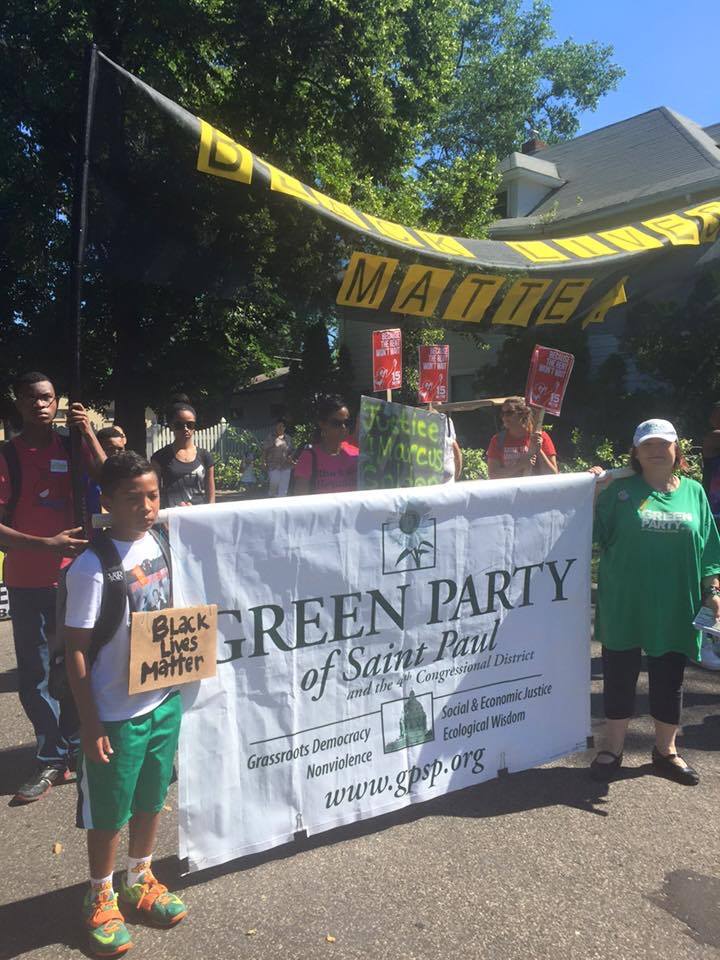 The heat could not stop Greens from marching in the Rondo Days Parade, a celebration that seeks to keep alive the rich community in the heart of Saint Paul's largest Black neighborhood. Greens marched alongside members of 15Now Minnesota and Black Lives St. Paul to highlight their support of both organizations along with Green endorsed Trahern Crews, Saint Paul Ward 1 City Council Candidate.

Last year’s Green Party of the United States Annual Meeting marked the 30th anniversary of the Green movement in the United States, a movement that began with a meeting at Macalester College in St. Paul, MN. To mark the occasion, Macalester again played host to the meeting. This year’s meeting – our party’s 31st – runs from July 23 – 26 in St. Louis, Missouri.

The meeting will be highlighted by a forum Friday night featuring declared Green Party presidential candidates. You can follow the meeting by checking out the special Annual Meeting site at  http://2015greenpartyconvention.org/. 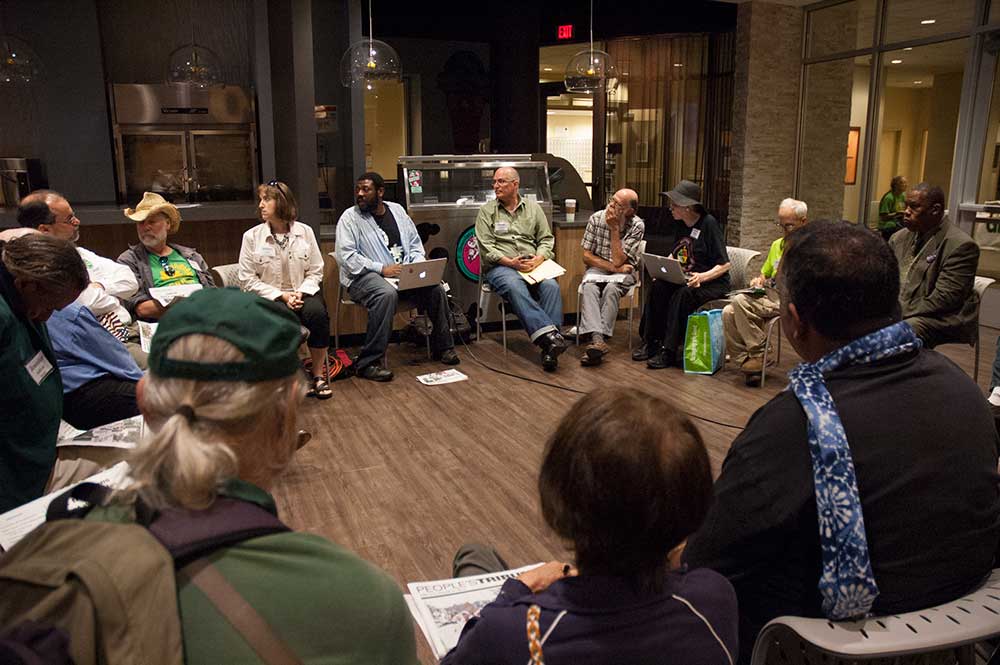 One resource Green Party members may not be aware of is Green Party TV, the official Livestream page of the Green Party of the United States. Currently airing is a series of interviews with prospective 2016 Green Party Presidential Candidates. In upcoming weeks, more candidates will be featured in live interviews, where Greens have a chance to participate by asking questions as well.

To see these interviews, and other Green-related programming, check out Green Party TV at http://www.livestream.com/greenpartyus. 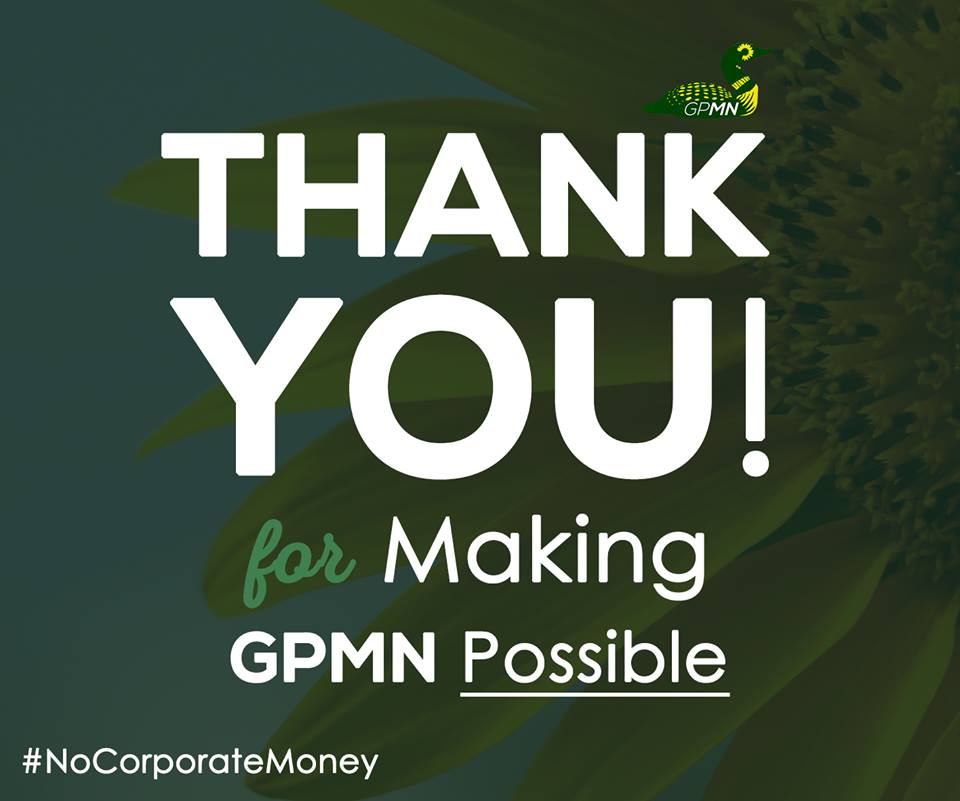 Thank you to everyone who donated to the Green Party of Minnesota last month in advance of the Political Contribution Refund Program ending. Because of your generosity, we will be able to continue to fight the good fight this political year and beyond.

If you donated before the June 30 deadline, you should have received the proper forms to apply for your refund of up to $50 from the state of Minnesota. If you have not yet received these, please let Andy Hamerlinck know at iamandy@riseup.net.

You can of course continue to donate to the Green Party of Minnesota at www.mngreens.org/donate.