Welcome to the August 2016 issue of the Sunflower Seed! In this issue you will find out how to become a sustaining donor, get a report from the Green Party National Convention, read more about Jill Stein making ballot access and her visit to Minnesota, more on local candidates, and how to get involved at the Minnesota State Fair! Enjoy! 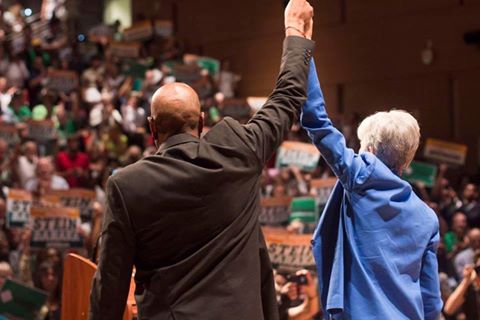 On August 6th during the Green Party's 2016 national convention, Greens chose Jill Stein and running mate Ajamu Baraka to be the party's presidential and vice-presidential nominees. Read more about Jill and Ajamu here.

Dr. Stein was nominated after receiving a majority of votes in the first round of voting. She received 239.5 out of 293 total votes (81.7%) cast by Green delegates from across the U.S. 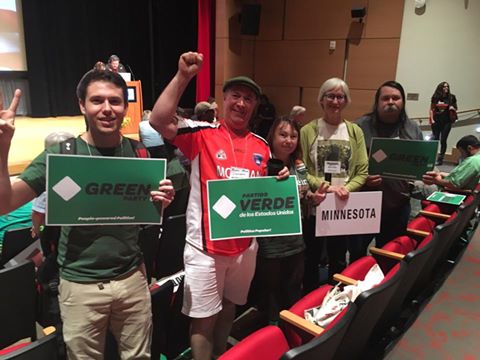 Along with the nomination, highlights of the convention included speeches by Julian Assange (via live feed from the Ecuadorian Embassy in London), YahNé Ndgo, and Dr. Cornel West on Saturday and events welcoming former supporters of Bernie Sanders. You can find videos and text of the convention by clicking here.

We would like to extend a huge thank you to our Minnesota delegates that traveled down to Texas to represent our Party! 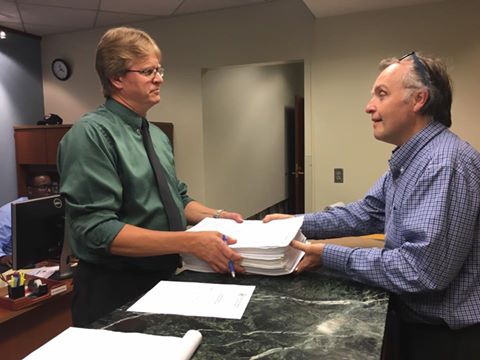 Last week the Minnesota Secretary of State’s office reported that the Jill Stein for President campaign (jill2016.com) petition has met the necessary requirements to place Jill Stein on the ballot in Minnesota as the Green Party presidential candidate.

It is our hope that the Secretary of State, Steve Simon, will work with the Green Party of Minnesota to enable our stand-in vice presidential candidate, Howie Hawkins, be replaced by our official endorsed candidate Ajamu Baraka.

Sign the petition to demand Steve Simon replace our stand-in vice presidential candidate with our endorsed VP by clicking here.

Minnesota requires minor parties to collect and submit 2,000 signatures before August 23 in order to obtain access to the presidential ballot, and Green Party of Minnesota volunteers submitted 6,700 on August 15th.

“We are delighted to offer Minnesota voters more choice at the ballot box and thrilled with the flood of support coming from long time Greens and former Bernie supporters. The fact that the “major party” candidates are historically disliked and the American public has overwhelmingly rejected the two-party system means it is time for a serious sea change in our political system.

Jill Stein and Ajamu Baraka represent that sea change – one that rejects corporate donations and embraces the progressive policies like single payer health care, living wages, and investment in renewable energy the majority of the American public support” said Brandon Long, Chair of the Green Party of Minnesota. 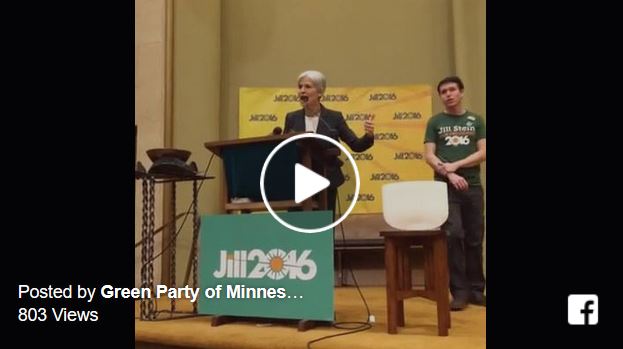 niversalist Church and the Capri Theater in Minneapolis.

Dr. Stein spoke to supporters at the First Universalist Church about her economic and environmental plan - the Green New Deal - as well as the need for non-corporate political power, abolishing student debt, and an end to wars for oil. You can view her speech by clicking on the photo to the right.

Immediately after her campaign rally Dr. Stein participated in a forum on Black America organized by Neighborhoods Organizing for Change. 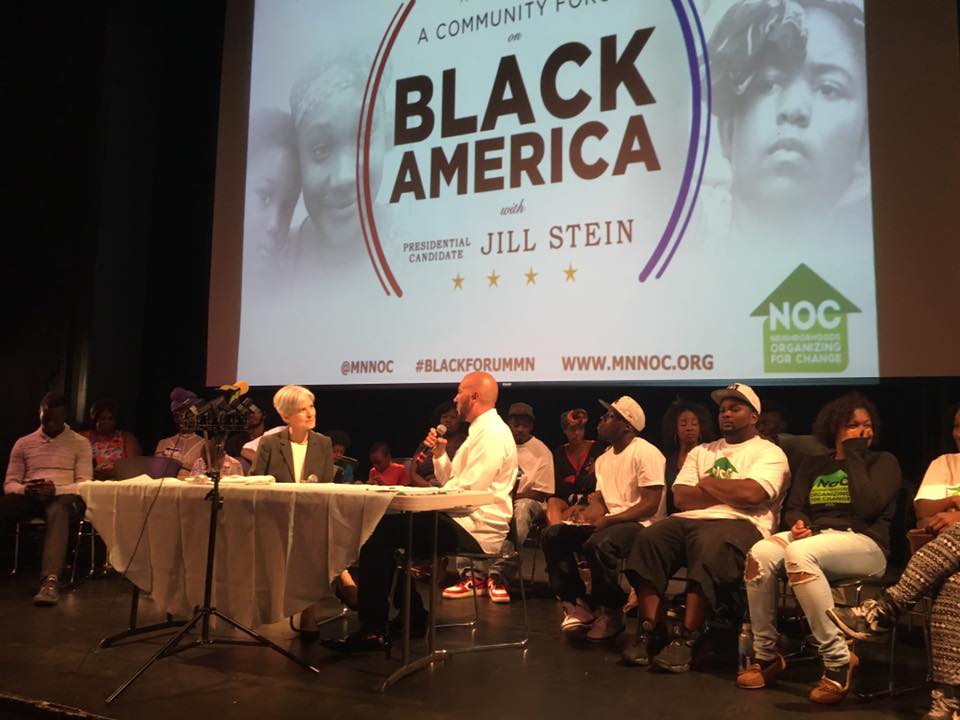 “We need to put communities back in control of their police, rather than having police control their communities,” Stein said to roaring applause at a forum at the Capri Theater in north Minneapolis.

Ianni is an appointed member on the City of St. Paul's Transportation Committee. Ianni feels that devising better ways of moving people and goods around our metro area is important for the mitigation of highway gridlock and of fossil fuel emissions that negatively impact our climate.

“When I take something on, I dedicate my life to it: to my family, to my alt energy non-profit, to my small business and to public service. Likewise I would dedicate myself to the duties and tasks of Soil and Water Conservation Supervisor.” –Ianni Houmas

Learn more about our Green endorsed candidates by clicking here 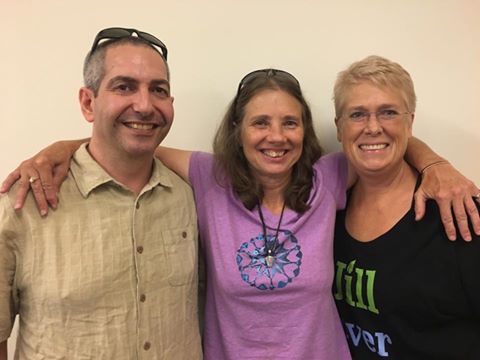 The Green Party of Minnesota is very excited to have elected three new Coordinating Committee members from the Rochester area!

Barbara Postema, Barb Huning, and Johnny Akzam joined the CC at a special election meeting in Maplewood earlier this month.

All three come fresh from the Bernie Sanders campaign:

"I exited to join the Green Party in June 2016 after witnessing the unchecked corruption, abandonment of democratic process, and compelling evidence of election fraud in the nominating contest between Bernie Sanders and Hillary Clinton," said Barb Huning.

"After witnessing the corruption of the Democratic Party I feltI must continue the Green revolution for the sake of my grandbabies and future generations," added Barbara Postema.

Every year the Green Party of Minnesota reaches thousands of our neighbors at the Great Minnesota Get Together.  This year we have a great opportunity to promote our Presidential candidate Dr Jill Stein, as well as our local candidates, but we can't do it without you!

Please join your fellow Greens at the booth between August 25th and September 5th, Labor Day.

The booth, located in the Grand Stand on the second floor, is open from 9:00 am to 9:00 pm daily, and we need six volunteers each day to represent our candidates and our party.  Shifts are four hours in duration and tickets are available from the GPMN for admittance into the fair on the day of your shift.

Please fill out this survey: https://www.surveymonkey.com/r/PTDRJPC and provide your availability and contact information and we will contact you with available shifts and to confirm.  Additional information will we emailed to volunteers as we near fair time.

You can also contact Kristen Olson at [email protected] to inquiry about how to volunteer!

See you at the Fair!