Welcome to the June 2016 issue of the Sunflower Seed! In this issue you will find out how to become a sustaining donor, read about the first Green elected President, our recent Biennial Convention, Green endorsed candidates, and Green Presidential ballot access in Minnesota! 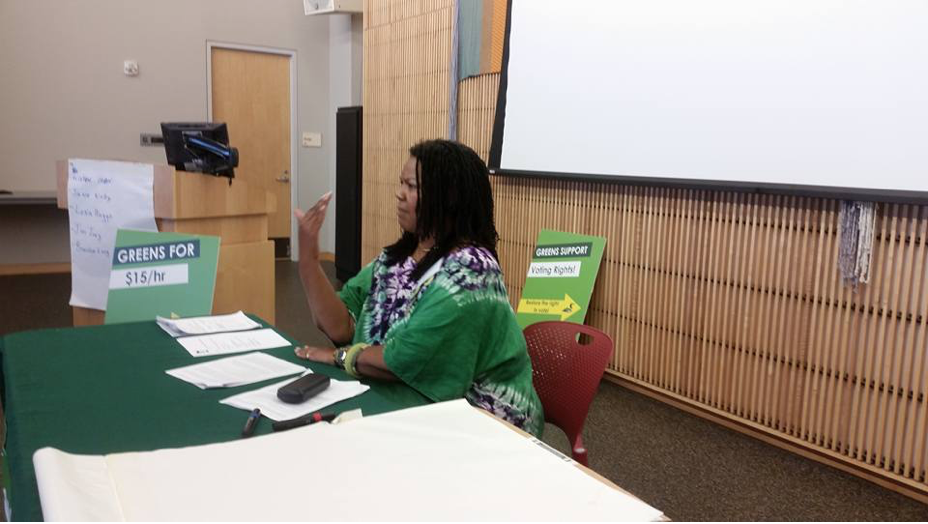 On a hot day in a cool room at the Great River Regional Public Library in St. Cloud, Greens from all over the state gathered together on Saturday, June 11 for the 2016 Biennial Convention. After a lively discussion about the Green Party Presidential Candidates, including an inspiring in-person presentation by Sedinam Kinamo Christin Moyowasifza-Curry and an enlightening phone appearance by Darryl Cherney, Greens participated in a walking sub-caucus. 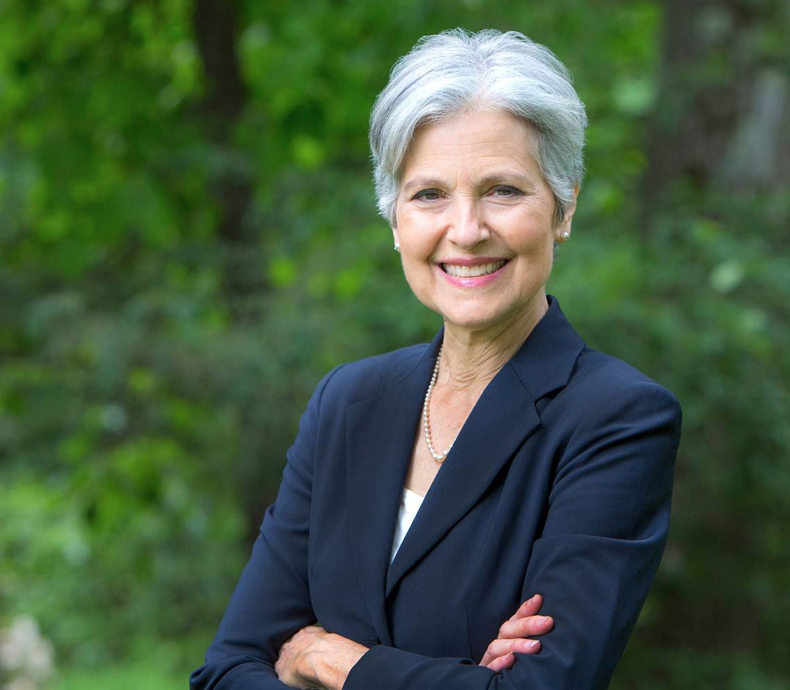 A few of the other candidates picked up some votes in the first go-around, but eventually the group divided between Sedinam Kinamo Christin Moyowasifza-Curry and Jill Stein, with Sedinam earning three delegates and Jill winning four delegates to the Presidential Nominating Convention taking place August 4-7 in Houston.

With the recent surge in interest for third parties, our Spokesperson Brandon Long was interviewed by Saint Clouds most prominent newspaper, the Saint Cloud Times (story here), and radio station, WJON (story here) ahead of the convention to discuss the Presidential race and our activities around the state. 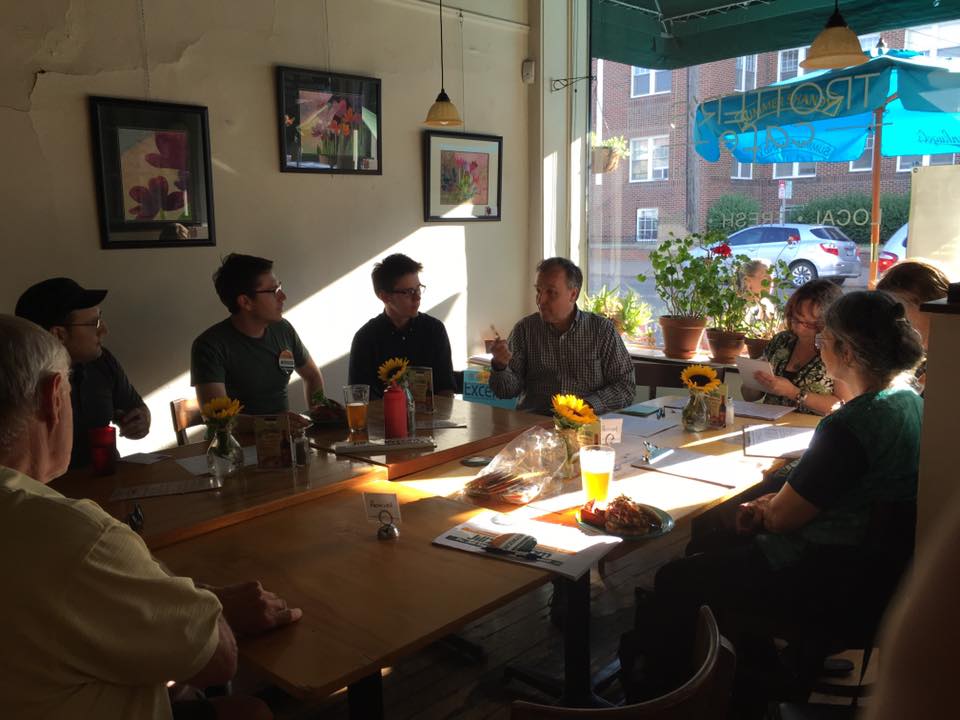 In Minnesota, non-major candidates need to collect 2,000 signatures from registered voters in the state to be granted ballot access – a task that we have succeeded in every Presidential election since our founding.

The deadline is August 23rd but “Minnesotans for Jill Stein” is hoping to collect 2,500-10,000 signatures by mid-July to show the momentum necessary to be further included in mainstream media, polls, and debates. Jill is currently polling at 7% in a four-way race in the most recent CNN poll.

The group had their first petitioning kickoff meeting on Monday June 6th and again on June 21st to distribute petitions and instructions to a number of eager volunteers.

If you have questions or need to have petitions and information mailed to you, he can be contacted by email at [email protected] and more information, including instructions on signature gathering and petitions to download, can be found here:

If you want to meet and interact with other people working on ballot access for Jill in Minnesota, you can join the Minnesota for Jill Stein Facebook group at: 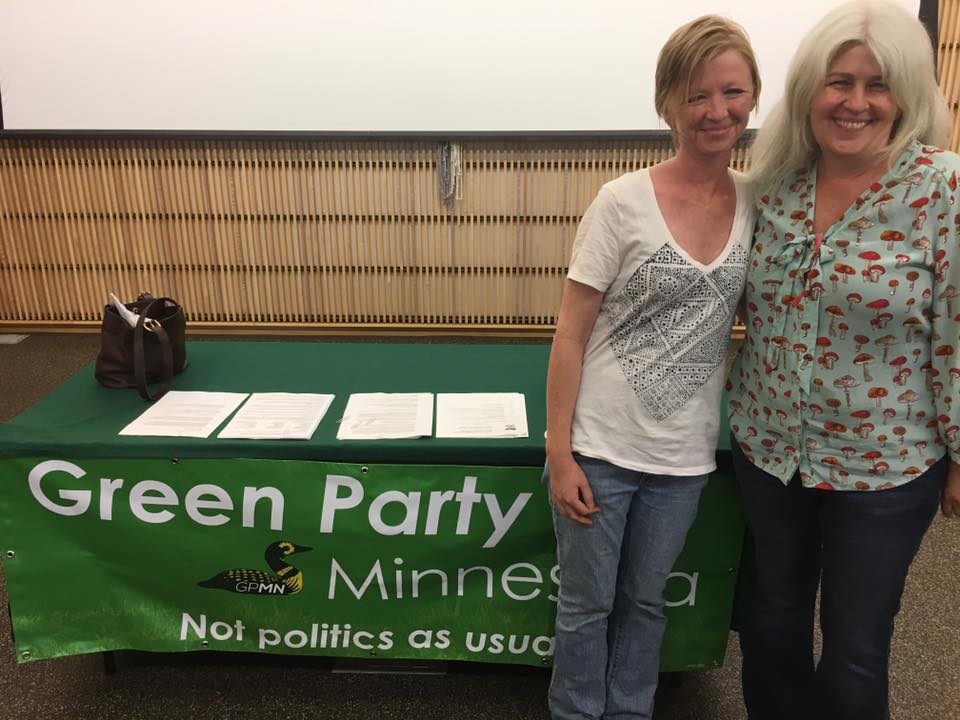 The Green Party of Minnesota is pleased to welcome two new members to its governing body, the Coordinating Committee. Kristen Olson of St. Anthony Village, and Jane Kirby of St. Paul – both long-time Greens – were elected to a two-year at-large term by the membership.

Jim Ivey, Brandon Long, and Lena Buggs – all of St. Paul – were re-elected to two-year terms as well.

There remain 3 open at-large positions on the coordinating committee, which can be filled by election at a special meeting. 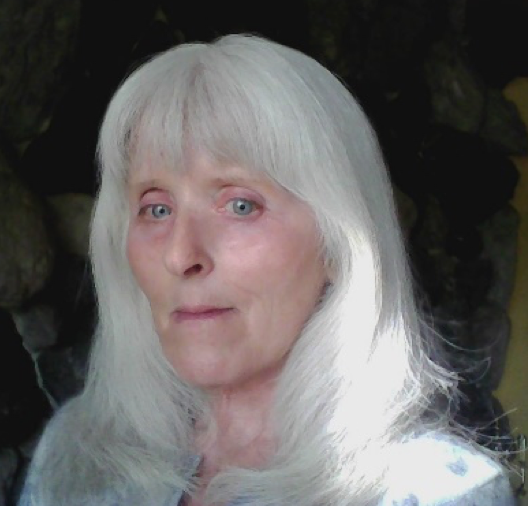 Sharon Lemay is running for Soil and Water Conservation District Supervisor in Anoka County (District 5). She screened with the Minnesota Association of Professional Employees (MAPE) on June 17th and received their endorsement. MAPE is a public employee union. 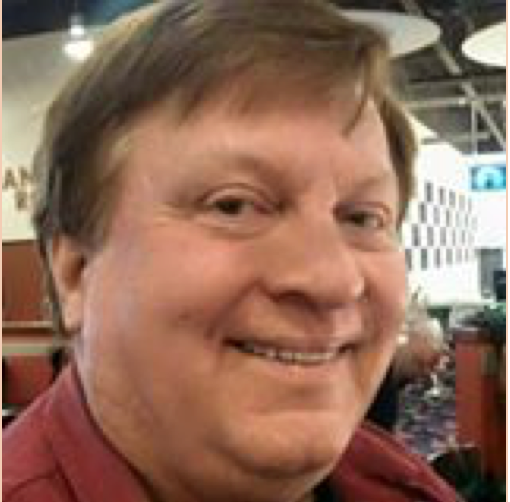 Wayne Pauluk is running for Hennepin County Commissioner against incumbent Jeff Johnson. Surprisingly, the Democrats did not run anyone for this position. This gives Wayne the opportunity in the general election to present Green Party ideas as the best option and to speak out for justice and equality.

You can read more about our other Green endorsed candidates here:

The Green National Committee – governing body of the Green Party of the United States – has passed an amendment to the Green Party platform explicitly rejecting capitalism. This makes the Green Party now the largest anti-capitalist party in the entire country.

Proposal 835, co-sponsored by the Green Party of Minnesota, rejects both capitalism and state socialism, instead calling for “an economy based on large-scale green public works, municipalization, and workplace and community democracy.”

The amendment, which was also sponsored by 8 other states, as well as the youth, women’s, lavender (GLBT) and Latinx caucuses, now awaits ratification at the Green Party of the United States’ National Convention, August 4-7 in Houston, TX.

Green Elected President of Austria in 2016 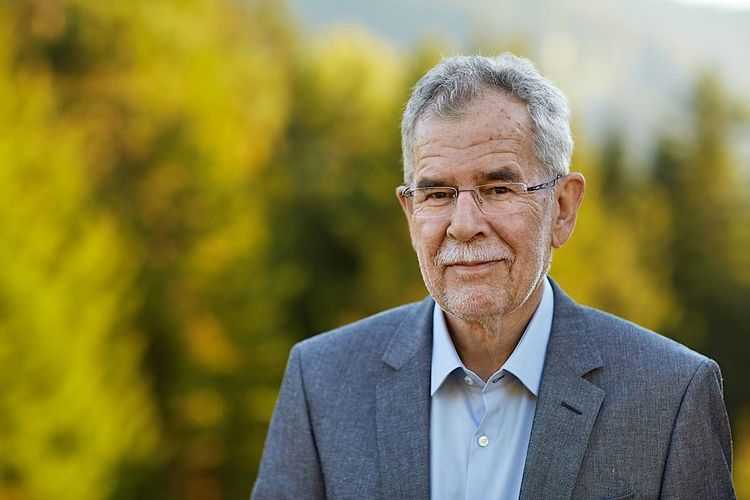 Alexander Van der Bellen, a leader within the Green Party of Austria since 1994, made the jump to the Presidential office from the City Council of Vienna with 50.3% of the vote in the 2nd round election in May. Avid yodeler, child of refugees from Eastern Europe, and professor of economics, he is the first Austrian President since WWII not from one of the two major parties.

Both major party candidates were eliminated in the first round of the Presidential Election. Another sign of the wave of discontent with the violence, corruption, and economic stagnation of politics-as-usual across Europe. The other 2nd round candidate for President, Norbert Höfer, campaigned on populist, anti-immigrant, and nationalist themes as a member of the Freedom Party of Austria, best known internationally for former leader Jörg Haider's inflammatory comments about Naziism.

Austria is a parliamentary democracy, so the President is the Head of State, not the Head of Government. A role more like the Queen of England than the US President. Still an important role for representing Austria internationally, as well as setting the agenda for internal politics. Let's give him a hearty Herzlichen Glückwunsch! in representing Green values, and helping to get Greens elected across Austria, as well as a reminder that the politics of fear and hatred can be defeated without compromising with the lesser evil.