The Black History and Future of Environmental Justice

The Black History and Future of Environmental Justice 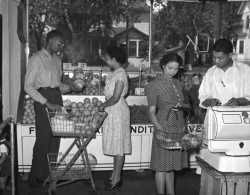 As a child, I was taught to celebrate Earth Day, but never taught the disproportionate burden of environmental impacts on communities populated by people that look like me. I learned about Dr. Martin Luther King Jr. and how he fought against racism and segregation, but never about how he and others, like Robert Doyle Bullard, also fought against environmental racism and segregation. Environmental justice, for Black Americans, has often been overlooked or even ignored in exchange for more overt forms of racism and injustices. However, throughout American history, environmental issues have not only been a matter of quality of life for Black Americans but often a matter of life and death.

The United States Environmental Protection Agency defines environmental justice as “the fair treatment and meaningful involvement of all people regardless of race, color, national origin, or income, with respect to the development, implementation, and enforcement of environmental laws, regulations, and policies”. While the term, environmental justice, first gained popularity in the 1980s, the need for environmental justice for Black people in America can be traced back to the belly of slave ships at the onset of the Transatlantic Slave trade in the 1500s.

During the Middle Passage, slave ship conditions for African captives were unsanitary and overcrowded spaces in which lack of access to food, clean water, and fresh air led to the uncontrollable spread of illness and diseases at epidemic proportions. Historical records indicate that approximately 1 out of every 4 enslaved persons died as a result of inhumane conditions suffered during the Middle Passage. These inhumane conditions did not change, however, until the enactment of the Slave Trade Act of 1788, which outlined provisions required to mitigate negative environmental impacts on slave ships in order to decrease mortality rates of enslaved persons, thereby maximizing profits for the sale of them. Similarly, this type of reactive environmental management for the sake of protecting corporate interests has remained the status quo in local, state, and federal government policy and policing of black communities throughout the 20th and 21st century.

Post-slavery environmental injustices continued against blacks, taking on distinct forms in both the South and North. The South’s agricultural economy, based on slave labor, had evolved into a repressive sharecropping scheme, in which the burden of negative environmental impacts, such as soil degradation, weighed heaviest upon black sharecroppers who relied upon agriculture production seasons to meet their minimum food and housing needs. In the North, the migration of blacks, due in part to rapid industrialization, was swiftly met with racial zoning and residential segregation which relegated black Americans to the most polluted, densely populated, and toxic parts of cities. Environmental racism against black descendants of slavery was not a Confederacy vs the Union issue. Environmental racism was and continues to be, a glaring stain worn by the United States as a whole.

Unfortunately, many environmentalists have strategically excluded black voices from both governmental and NGO organizations and institutions for as long as these organizations have existed. However, as a result of the civil rights movement, the egregious violations of black people’s civil and environmental rights could no longer be ignored. Researchers cite Title VI of the Civil Rights Act of 1964, which prohibited the use of federal funds to discriminate on the basis of race, color, and national origin, as a point of origin for the environmental justice movement. In 1968, for example, the law provided a foundation for work by Dr. Martin Luther King, the NAACP, and black sanitation workers in the city of Memphis, Tennessee to fight for fair wages and safer working conditions. While legislative changes and organizing led by civil rights activists brought some environmental justice successes, throughout the following years, the EPA has failed to take meaningful action on Title VI complaints, often placing the burden of discrimination proof on disenfranchised community members.

The intentional and unintentional exclusion of black voices in environmental dialogue comes at a deadly cost. Many environmental activists from the 1980s to today have worked to change this. Robert Doyle Bullard, known as the “father of environmental justice”, led numerous research projects and legal actions against environmental racism beginning in the early 1980s. Bullard’s first major action was exposing environmental discrimination by waste facilities in Houston, Texas where over 80% of waste facilities (including toxic waste sites) were located in black neighborhoods. Bullard’s works, along with that of other environmentalists, show that black people are much more likely to suffer from the negative health impacts of living near polluting industries. For example, one 2019 case study by Washington University found that “Black residents in St. Louis are almost twice as likely to have limited access to healthy food as white residents,” resulting in long-term health issues. Also, black residents are more likely to live in housing with toxic environmental air quality. Therefore, there is still much work to be done and repairs to be made.

In sum, environmental equity can only be achieved through a comprehensive state and federally funded reparations agenda which addresses the compounding impacts of racism and injustices against Black American Descendants of Chattel Slavery.  The burden of environmental impacts, much like the burden of economic impacts should also be addressed with meaningful and equitable representation of black people and communities within environmental policy-making spaces. While we have made notable strides in the fight for environmental justice for black people, we have yet to address the underlying issues of economic racism maintained by a system that prioritizes corporate profit over the environmental needs and human rights of poor and working class people. The future of environmental justice is now, and it must be led with a call to end environmental racism and support reparations for the cruel, brutal, and inhumane injustices of slavery in the United States. 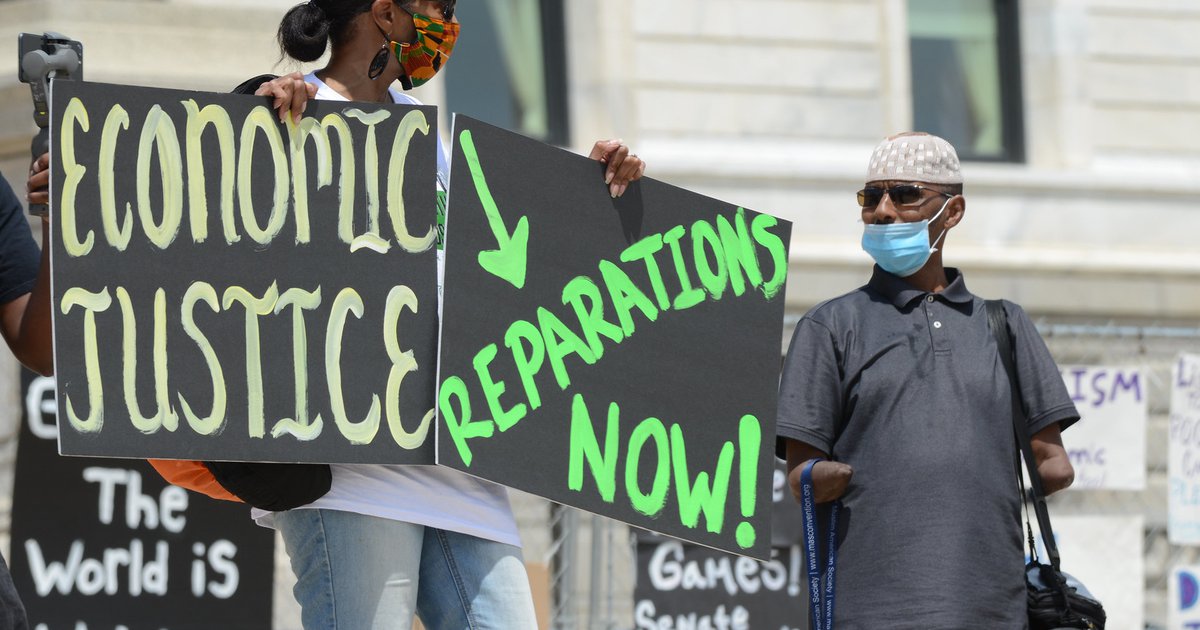