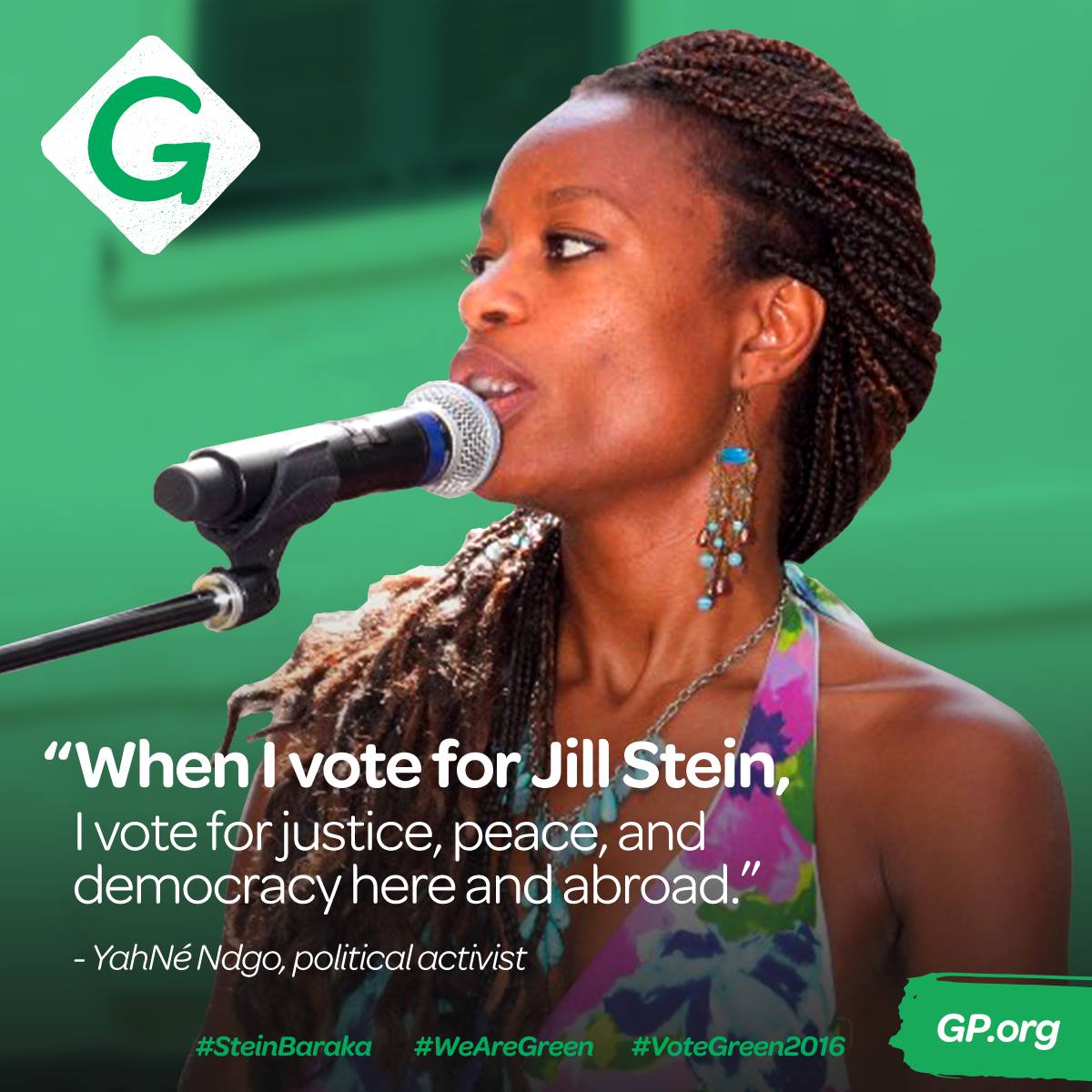 YahNé Ndgo, a surrogate of the Stein/Baraka campaign, will be speaking at the October 26th Jill Stein Rally at Macalester College.

YahNé is a mother, writer, singer and Freedom Fighter. She uses her art to convey messages of positivity, create transformative projects, and to encourage others by sharing her struggles and celebrations, so that they know they are never alone.

After an authentic appearance on CNN during which she discussed her stance on the 2016 election race, YahNé was cast into the international spotlight. After seeing this appearance, David Cobb invited her to be a Keynote at the Green Party National Convention.

Dr. Jill Stein first met YahNé on a MyPeoples.tv panel. After several discussions she asked YahNé to become a surrogate of the campaign. YahNé’s insights and inspirations have become quickly and persistently sought, and as her passion and commitment is more deeply revealed, her appeal only increases.

She is eager to use this new level of visibility to further her goals to expose more people to the important message of the Stein Baraka Campaign, help the Green Party Community build itself into the electoral arm of the Justice Movements, promote Global transformation, and help usher in The Better World she believes we are all eager for.